The acceleration towards greater ecommerce-enabled trading is said to be allowing certain merchants to emerge from the Covid-19 crisis in a healthier and more confident position. BPS, an independent merchant based in the midlands, tells PBM about the lessons it has learned and the changes it has made to its business as the country tentatively steps further out of lockdown.

Coronavirus has sent shockwaves through the builders’ merchant sector, as its business model has been required to fundamentally change. As the outbreak brought the UK economy to a shuddering halt, in common with many other merchants, BPS was forced to close all of its branches and shut down its website almost overnight.

The extent of the pandemic was an event that few could have predicted and even fewer had made contingency plans for; there was no playbook to rely on to rescue the situation.

However, BPS states that it has emerged from the crisis in a stronger position thanks to two reasons — firstly, the dedication and hard work of the team in branches but also the fact that it had spent the previous 18 months getting its e-commerce solution optimised with frictionless customer journeys.

Established in 1934, BPS has been owned and run by the Dibble family for around half a century. In broad terms, it is a ‘traditional’ merchant business that offers a one-stop shop service, mostly to the white van trade whilst steps have also been made to attract the retail customer — a process described as having been ‘hard work’.

Great customer service and an extensive stock are key USPs for the company, which now operates seven branches across the Warwickshire, Gloucestershire and Worcestershire areas. Its typical customer is described as ‘extremely loyal’ and would normally go into the branches two or three times a week, with an average sale of £50-£60.

However, as Finance and IT Director David Battin admits, the business does have an ageing customer base: “Like many traditional merchants, our customer base was an average age of 40 to 50+. It would seem that there are not the same numbers of new people coming into the sector since the last recession.

“We do have a loyal customer base that comes to us as we have knowledgeable, friendly staff along with a high stock availability. We have tried to attract the general public but they are sometimes nervous about coming through the door, due to the perception of merchants being a place for professional builders only, so despite trying to stock more retail-focused brands we did not have as much success as hoped.” 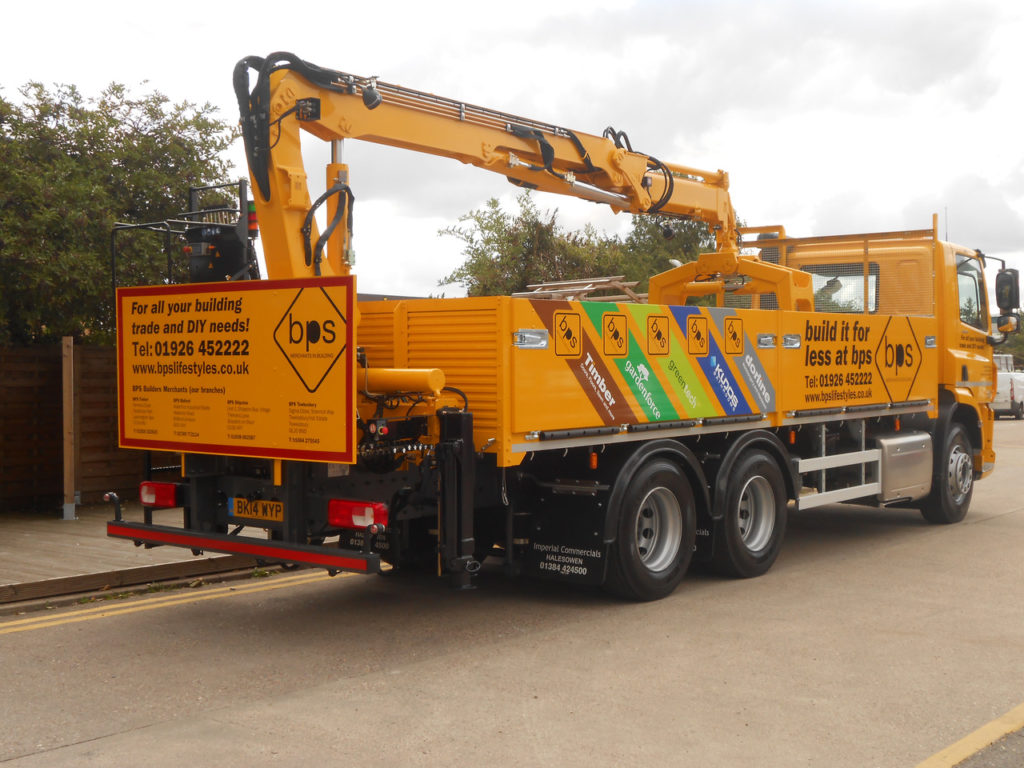 The BPS ecommerce journey initially started about seven years ago with a website that offered a limited level of functionality and an even more limited range of stock — mostly doors, ironmongery, garden sheds and play area equipment.

David explained: “We used to do about £50k in online sales annually within the context of a business that was turning over about £15million. We could only put products on the website that had the right product data on our ERP system, BisTrack, and stock was extremely limited.”

Discussions began with eCommonSense around 18 months ago about the provider’s specialist website solutions for builders’ merchants. David said: “We instantly saw the potential of what its product data solution offered. Also, the website would have the structure and design simplicity that our existing provision lacked. The company understood our customers, and this was reflected in the efficient customer journey.”

It took another 12 months of hard work before BPS ‘went live’ last September, starting with a soft launch — meaning hardly any marketing was done — to ensure that the business could gradually prepare for the impact of increased web sales.

Even so, BPS immediately saw sales double to up to around £10k a month. A hard launch followed in January and sales started to climb dramatically.

Then came Covid-19 and everything stopped.

“When coronavirus hit, the world of retail changed in an instant. We shut down all seven branches on 31 March and took the website offline as we had no way to service orders,” said David. “Fortunately, we kept all our ecommerce staff on and spent the next three weeks putting more content on the site and sent out marketing emails to existing customers.

“We went from having 300 accounts to 800 in just three weeks. When we opened up for business online on the 22 April, we offered customers a click and collect or phone and collect service.

“On the first day the website received 100 orders, with an average order size of £90 which was up from £70. This then repeated day after day. Within the first 30 days we had orders of about £170k — more than we had done in an entire year with the previous website”

“We also were getting a new customer base — suddenly the retail customer was coming to us as the website did not have the same barriers and many of the retail DIY shops were still shut,” added David. “Online business is now making up around 15-20% of total turnover and if the online business was a physical branch, it would in itself be equivalent to one of our largest.”

“We have had to learn very, very quickly. We wanted an evolution with a mapped-out ecommerce growth strategy — instead we got a revolution and had to create things on the fly very quickly. We haven’t necessarily got everything right and we are still learning, but if we had not had the new ecommerce system, we would have seen only 50% of the orders we expect at this time of the year,” David revealed.

The exciting thing for BPS is that it is now opening up new markets and opportunities. David said: “The retail customer is no longer intimidated, so this area is expanding massively for us. We are also looking to see how we can improve the customer experience even more, with self-service style order points in branches, like McDonalds, so that we can reduce wait times. We are also hoping that our staff will embrace the changes and the new system will encourage new staff to join us”

So, what’s next for BPS? It is currently looking to get 100% of its products online from a current level of about 70% but the business is reliant on getting data from suppliers. “This has been the hardest thing” noted David. “Product data — it really is the number one issue that merchants and suppliers need to sort out.”

He added: “We are also looking to integrate our Amazon shop into the portal to reduce back-office paperwork and we are close to launching another site specialising in Architectural Ironmongery in the next month. Our online presence is opening up the market to us.”

Overall, BPS states that it has come out of the other side of the coronavirus crisis full of hope and planning for expansion into new markets into the future. With lessons for many other merchants, who may not have been so fortunate, the BPS experience suggests there can be a brighter path ahead.

0 0 0 0
Previous : CBI calls for no new conventional gas boilers in homes after 2025
Next : Builders’ merchants amongst first to sign up for talent scheme