Established in 1985, family-owned and run NYEs Building Supplies trades from a well-stocked four-acre site in Horsham, West Sussex. An NBG partner, the business expanded its facilities with a new 1,000m2 warehouse and office last year whilst in 2018, it acquired Redhill-based Fixings & Powertool Center.

NYEs is a customer of Merlin Business Software’s ERP system and the IT specialist recently spoke with the merchant’s Managing Director Rex Nye to talk about the firm’s evolving requirements. 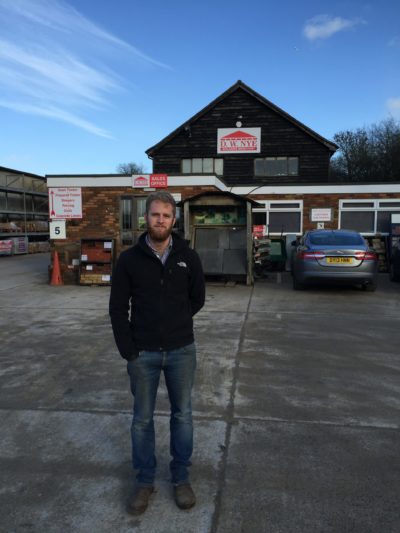 What is the background to you becoming a Merlin customer and what were the considerations behind your decision?

Merlin has been around for us for about seven years now. The software first went into DW Nye (the company’s name prior to a rebrand last year) when we changed from a very old dot matrix system. Then with Fixings & Power Tools, we installed Merlin in June 2018.

It was quite hard to choose which software we actually wanted, because we were going from such an old system to such an updated system! One of the main considerations for choosing Merlin was because we could talk to people — we could interact with them, we could get an answer quickly and it wasn’t an outsourced company. The service aspect and support were key.

How does the software work for the business at the trade counter?

In a word, ‘fast’. We have secure trade counter logins, so we don’t have to worry too much about what the customer is seeing. At Fixings & Powertools, we’ve just made it so that we can flip the screen around to show the customer what we are looking at.

Because of the speed, we can turn over customers nice and quickly. There’s no playing around with anything, it’s just “we’ve got it, we can sell it, it’s sold” — thank you very much!

How easy has the system been to use?

Merlin has helped with a few things. One is confidence — it is relatively robust; you can’t really break the back end of it. You press a button, you know why you press it, you know where that goes yet with some systems, you can get lost in data of what’s actually happening.

But also, it’s the clarity of the reporting and the ease for the staff. When we get new staff members in, they can adapt to it very easily. After only about a week or two, we can pretty much leave them to it.

What are your favourite features of the system?

We use the ‘back-to-back’ orders feature a lot, especially for direct to sites. Also, the special stock item creation and the direct to site creation. It means my staff can actually become salesmen and not just order takers. They can buy from one place, sell to another place — no one else has to get involved.

The reporting functionality also moves nice and simply. Any number or any piece of data I want out of Merlin, I can get at my fingertips.

What do you plan to do next with Merlin?

In terms of our own evolution, we already have some things in place so that as the company grows Merlin has been set up it will grow with us. One of the main things was having the system hosted so now we can implement it into anywhere — as long as it’s got internet, we know we won’t have any troubles.

If we were to acquire another company, it would also mean that we could install that quite easily without having to upgrade again. 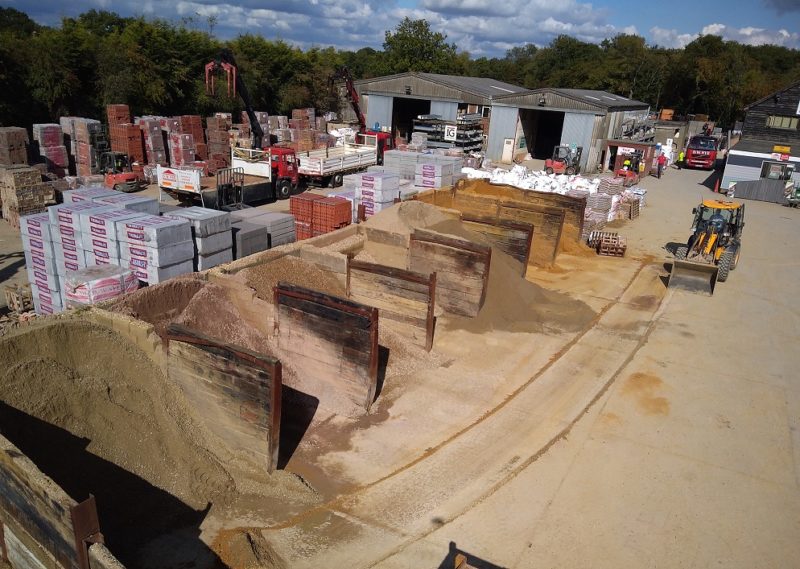 And how did you find the initial implementation process?

The implementation of Merlin into Fixings & Powertools was relatively smooth however implementations are always bumpy and if anyone says they are perfect, they’re lying! It is more about the people that helped us get around it and the support, from the build-up to the go-live, meant we knew exactly what was happening.

Everything was sorted out and whatever problems we had were resolved quickly and the guys didn’t leave site until we were happy, which was very important to us.

What advice would you give to those considering a change to their ERP system?

Wherever I go, it is a staple of mine to ask “which IT system do you use?” It’s always a very large question in this industry and everyone is always talking about it. I’m quite proud to say that we use Merlin and I always recommend it.

To other existing users, I would also say play around with it and make sure you understand everything it is capable of. Look into all the bits you thinkyou don’t need, because there’s a big chance that you probably willneed it and you just don’t know what it can actually do for you.

For more information, go to https://www.merlinbusinesssoftware.com/news/new-merlin-video/