The implementation of a new ERP system can constitute a significant shift for many traditional merchant businesses. PBM reports on Terry Howell Timber & Builders Merchants’ decision to upgrade.

As described on its website, Terry Howell & Sons was founded by Terry Howell in 1956 and started up by manufacturing wooden ladders at a small family site in Rogerstone. The story continues: “After a few years, we began producing chocks used in the coal mines throughout the South Wales Valleys. As the business grew, we began to diversify into sawmilling fencing materials (and) as we’ve grown over the years, our sites have expanded into three retail stores, two sawmills and a docks site where we prepare orders for the length of the UK.”

Indeed, when current MD Craig Mayor was brought into the business to manage a planned expansion strategy, he found he had joined a company with a reputation for offering exceptional quality, service and value for money to a very loyal customer base. Two thirds of the business involves selling timber to customers such as shed and fence manufacturers, with much of the timber components being hand crafted. 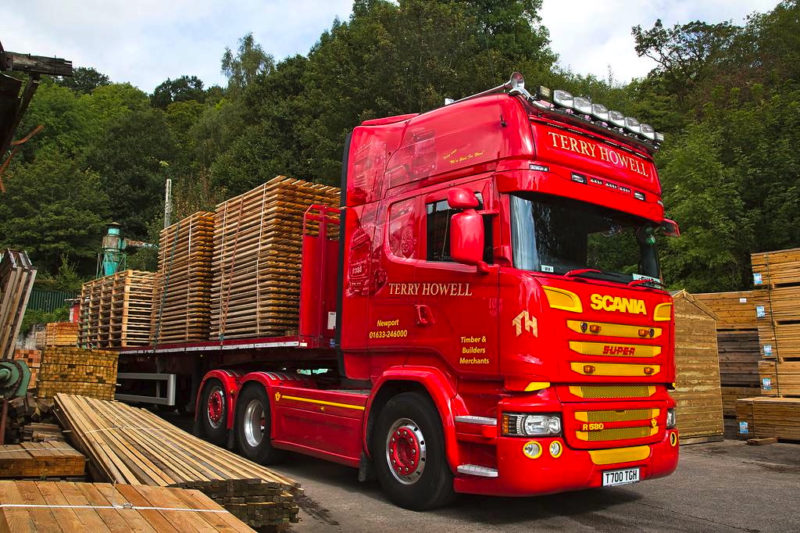 The company also takes a sustainable approach to manufacturing, with all waste wood recycled in biomass boilers used to dry wet timber. However, as is common in the timber industry Craig also discovered sales transactions and stock control were managed using entirely manual processes.

He said: “Orders, even full lorry loads, were being phoned in and taken down using pen and paper. Stock control relied on physical inspections, people’s ‘guestimates’ and hand written notes. I knew this approach was unsustainable if we were to successfully achieve our plans for growth.”

According to Craig, there aren’t enough words to describe the changes he expects the implementation of K8 software will make to the business. Accepting that it will entail a huge transformation in the working practices of many of his team, he believes the benefits — in terms of visibility and accuracy across all business processes — will far outweigh any initial challenges caused by the introduction of a modern ERP system.

Explaining that three ERP solutions were initially considered, he said: “We chose K8 because of how its functionality is geared to our type of business, particularly around trading timber, but also because of the expertise of the individuals from the KCS team who presented it to us.”

Stock control and reporting are the areas in which Craig is anticipating the biggest changes. He commented: “Having a suite of reports produced from our sales figures will enable me to keep my finger on the pulse of the business. And to have total visibility of all of our stock within the system will be a massive benefit.

“We run a complex business and buy in huge volumes of timber. We’ll be able to accurately track it as packs get broken down and the timber is moved around the business to make different products. I’m also looking forward to the ability to manage and monitor our trade accounts more efficiently and accurately, particular in terms of pricing and credit control.”

A new website has already been created which offers customers delivered or collected online sales and this may ultimately be integrated with K8 (“A project for the future,” says Craig). Similarly, the adoption of other digital solutions offered by KCS — such as the ePOD app, which would process deliveries by the company’s fleet of 16 vehicles — will follow implementation of the core package.Acknowledging that the 73 staff at Terry Howell may have to make some initial adjustments to their working practices, Craig is confident the reward will be a successful and sustainable future.