As featured in PBM’s September edition, the most recent results from The Pulse, a monthly tracking survey by MRA Research into merchants’ confidence and prospects, show builders’ merchants remain buoyant despite a weaker July.

Asked about sales expectations for July, a net +48% of merchants expected sales to increase compared with June. 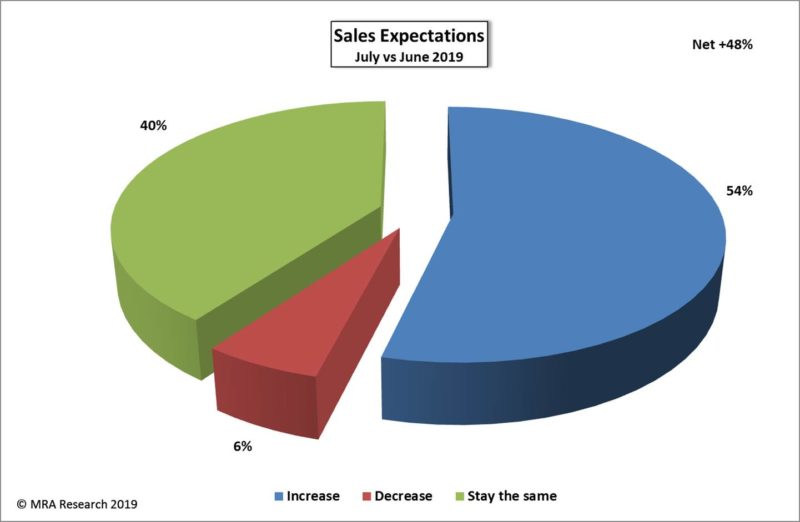 Merchants’ sales expectations have weakened since May when a net +64% thought sales would increase month-on-month. 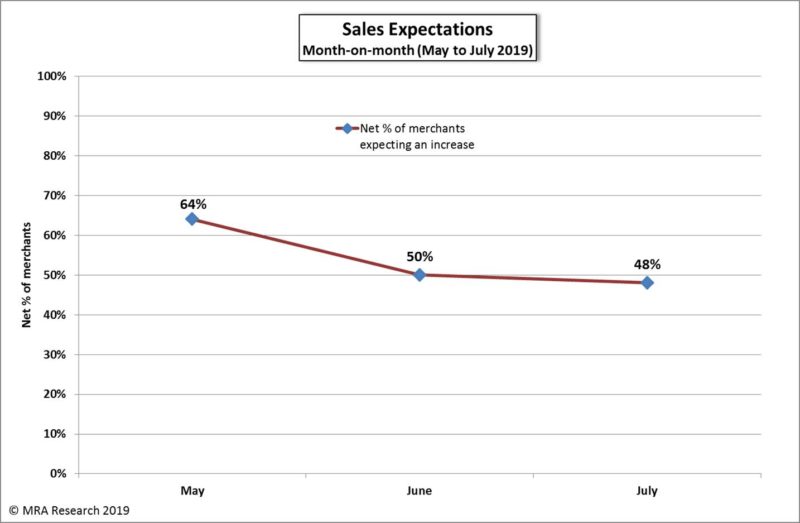 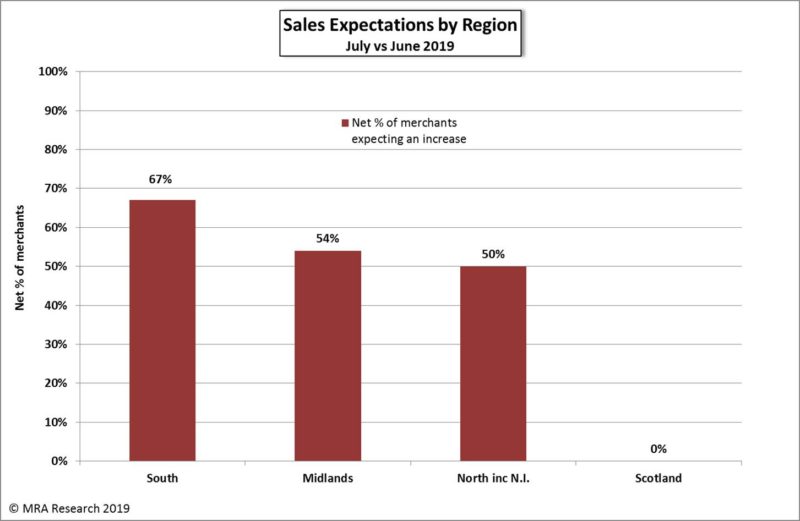 Confidence in the market has fallen since May to a net +8% of merchants more confident in July. This was up compared to June (net +4%), but not as strong as May (net +17%). Merchants in the North were the most positive (net +25%), while a net -2% in the South were less confident over the same period. 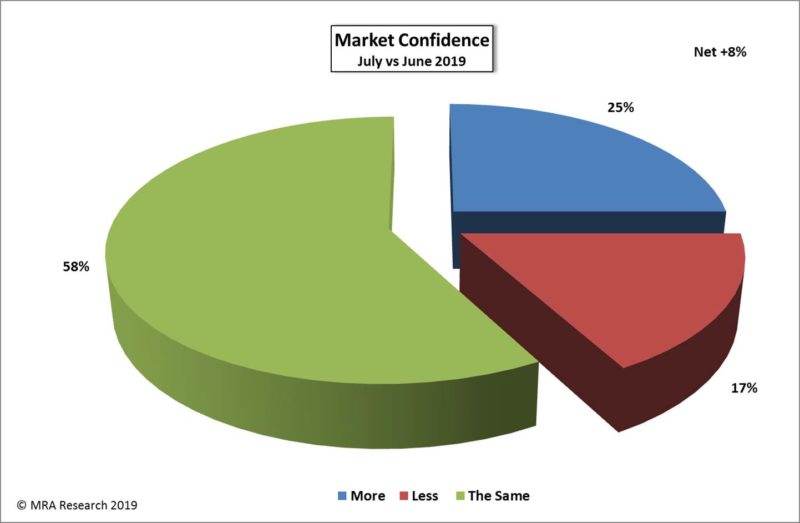 Regionally, Scotland was the most confident year-on-year (net +27%), while a net -17% of merchants in the South were less confident compared with 12 months ago. Independent merchants (net +7%) were more confident than national or regional merchants, both below a net -2%.

Those who were more confident put this down to more favourable market conditions and a pick-up in sales and construction activity.

Among merchants who were less confident in July compared to the same period last year, most said it was due, in part, to Brexit and continued uncertainty. Other reasons included the current economic climate, a general slowdown or increasing competition.

Confidence in their own business or branch remained high and relatively steady since May, with a net +42% of merchants more confident in July compared to June. Confidence was particularly strong in Scotland (net +75%), with no merchants interviewed in this region less confident.

Year-on-year, a net +41% of merchants said they were more positive than the same period last year. Confidence was highest in the Midlands with a net +70%. 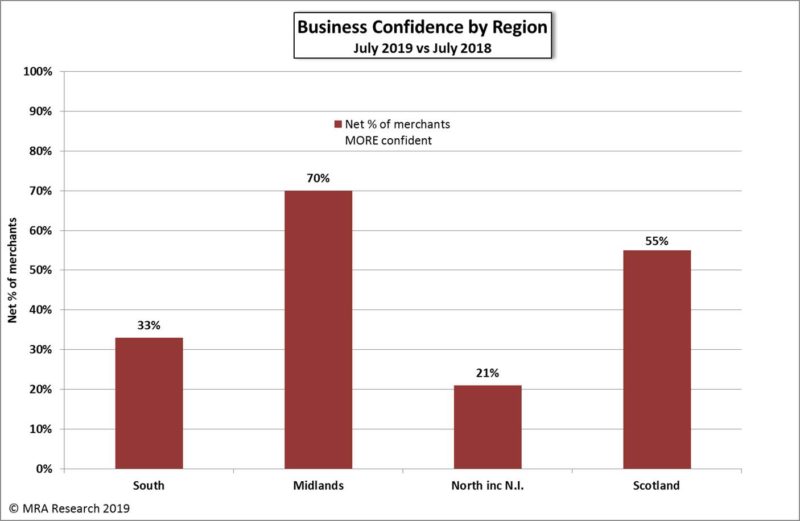 Reasons for being MORE confident

“Last year there was a lot of stock allocation, more stock available this year.”

“Small/medium builders in the area are getting more work.”

“I think people were scared of Brexit, but it’s taken so long people are back spending.”

“There just seems to be a lot of building going on locally.”

“Business is great at the moment, very busy.”

“Sales are better than I thought they would be.”

“Surprised at the level of customers coming.”

“Just noticed trade has picked up, more people coming through the doors.”

Reasons for being LESS confident

“Things are not going well in the market. Sales have dried up and small companies are going out of business.”

“End of last year was busy, now Brexit seems to be hitting everyone due to uncertainty.”

“Competition from the internet.”

“75% of our builders are foreign, and I feel they’re holding off to see how Brexit turns out.”

“Basically, we’ve had a downturn in business in the last 6 weeks.”

“We have more competition closer now.”

“Suppliers are European based – when Brexit happens we won’t benefit.”

“Uncertainty as steelworks has gone into administration, and Brexit.”

The full report can be download for free from www.mra-research.co.uk/the-pulse

This third survey in the series is based on telephone interviews carried out by MRA Research in July 2019. A representative sample of 100 merchants was interviewed, balanced by region, size and type of merchant, including nationals, regional multi-branch independents, and smaller independent merchants.