With the Brexit deadline delayed again and a recent election, the prolonged uncertainty is eroding confidence in the market and affecting merchants. In this latest survey of The Pulse (conducted in October and featured in PBM’s December edition, ahead of the election), merchants’ sales expectations and confidence weakened compared to the previous month and the same period last year. But, while merchants appear more cautious for the short-term, they are still positive about the medium to longer-term.

Merchants’ month-on-month sales expectations eased from a strongly positive net +49% of merchants in the September report expecting higher sales, to a net +37% forecasting an increase in October compared with September — see Chart 1. Expectations for October were positive across size of branch, region and type of merchant, although they were strongest in large branches (net +53%), merchants in the South and Scotland (+44%) and among nationals (+53%). 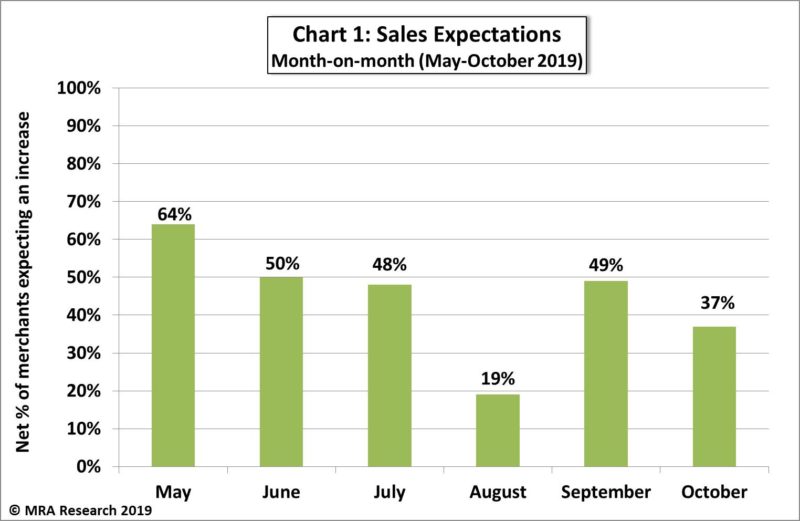 The slide in sales expectations is more striking year-on-year, with merchants’ outlook weakening since May. A net +22% of merchants expected higher sales in October compared with the same month last year. This compares to a net +69% in May and a net +41% in September — see Chart 2.

Mid-sized and large branches are most bullish year-on-year, a net +34% and +27% respectively forecasting growth, compared to a net +10% of small outlets. Merchants in Scotland are most positive (net +50%). This compares with a net +23% in the South, +20% in the North and a net +7% of stockists in the Midlands expecting a stronger October.

Looking three months ahead, October-December, a net -8% of merchants expect sales to ease compared with July-September (see Chart 3). Mid-sized merchant branches are the most cautious (net -27%). Regionally, while merchants in the North (-25%) and Midlands (-11%) predict lower sales in the period, those in the South and Scotland, on balance, expect no change. 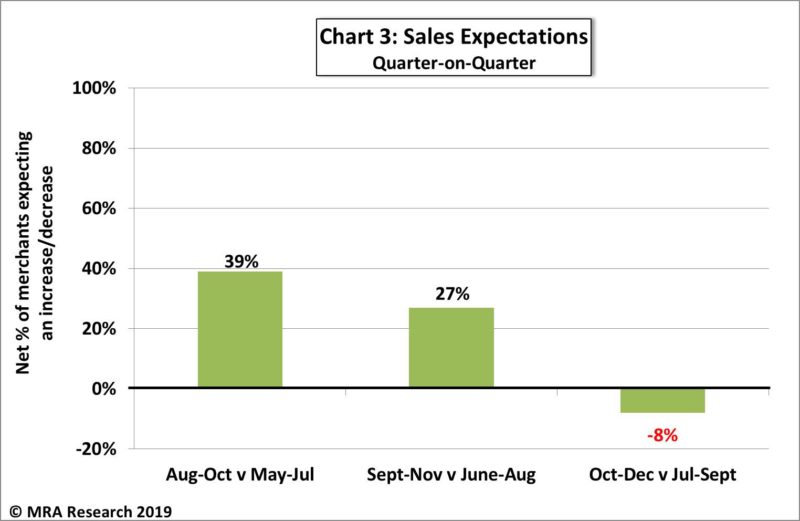 A new question tracking merchants’ outlook further ahead was added this month. A net +10% of merchants forecast better sales over the next six months (October 2019 to March 2020) compared with the previous six months (April to September 2019). Small outlets (net +28%) and merchants in the Midlands (+26%) had the strongest expectations.

Merchants’ confidence in the market weakened in October with a net -13% less confident now than in the previous month. Small outlets (net -20%) and merchants in the Midlands (-21%) were particularly affected.

Year-on-year it’s a similar picture, with a net -16% of merchants less confident in October than the same month last year (Chart 4). Independents (net -24%) and regional merchants (net -21%) are significantly less confident than nationals (net -6%). Those who are LESS confident mention the uncertainty around Brexit and politics particularly.

Merchants who were MORE confident mostly mentioned local conditions. A few even attributed their confidence to the easing of uncertainty around Brexit. 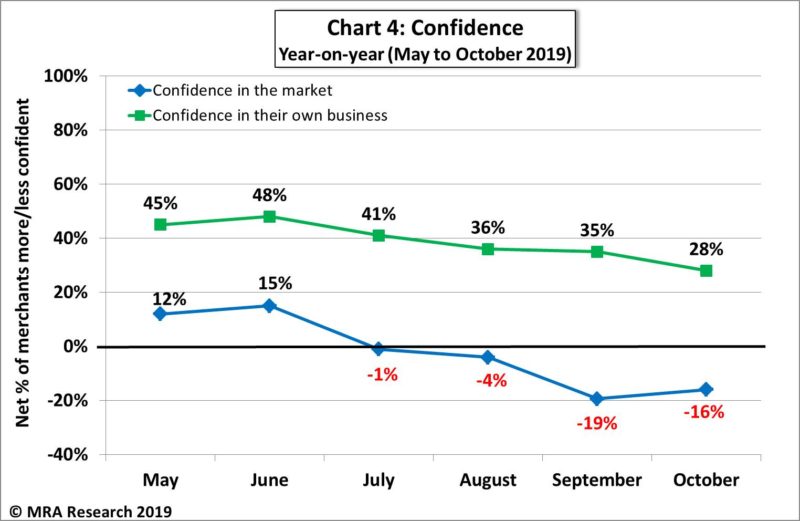 The difference between the percentage of merchants expecting growth and those expecting a decrease is the net figure, expressed as a percentage. A positive net percentage indicates growth, a negative indicates decline, while a net zero implies no change.

This report is based on the 6thsurvey in this series, with interviews conducted by MRA Research in October 2019. Each month a representative sample of 100 merchants is interviewed, balanced by region, size and type of merchant, including nationals, regional multi-branch independents, and smaller independent merchants.