Now that we know the result of the election, with luck the new Government will know where it’s heading and be able to get there. However, in this latest survey of The Pulse, carried out at the beginning of November, political turmoil was taking its toll on expectations. Nonetheless, merchants are confident looking six months ahead.

Merchants’ sales expectations dropped significantly in November with a net -4% forecasting a fall compared with October — see Chart 1. Expectations for November were weak across the board except for a net +10% of small branches and +11% of independent stockists expecting to sell more.

Sales expectations year-on-year remain positive however, but are weakening. A net +15% forecasted better sales in November compared with the same month in 2018 (Chart 1). While mid-sized branches (net +34%) and small branches (+10%) expected to see more sales in November, large branches (-19%) anticipated a fall. 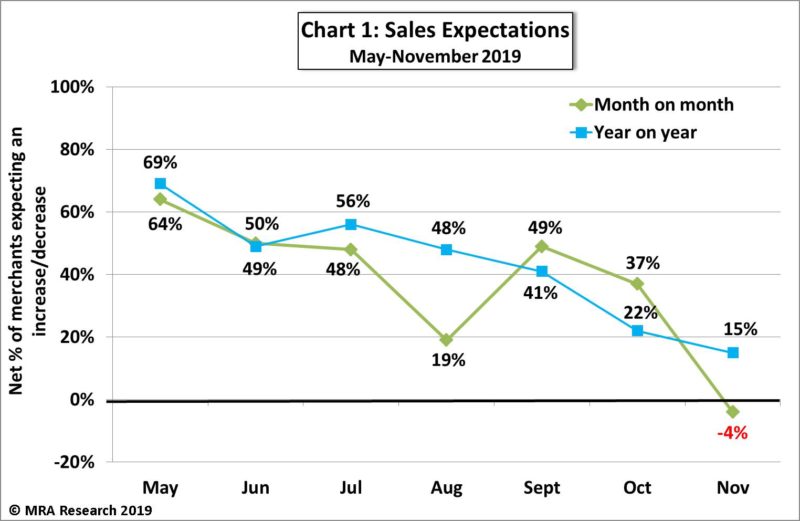 Looking three months ahead, Nov 2019-Jan 2020, a net -25% of merchants are forecasting lower sales compared with Aug-Oct — see Chart 2. Expectations are weak across merchants of all sizes and regions, but particularly among large merchant branches (net -56%), and merchants in Scotland (-46%) and the North (-41%).

Looking six months ahead, however, merchant expectations are more positive. A net +8% of merchants expect sales to pick up in Nov 2019-Apr 2020 compared with the previous six months (May-Oct 2019). 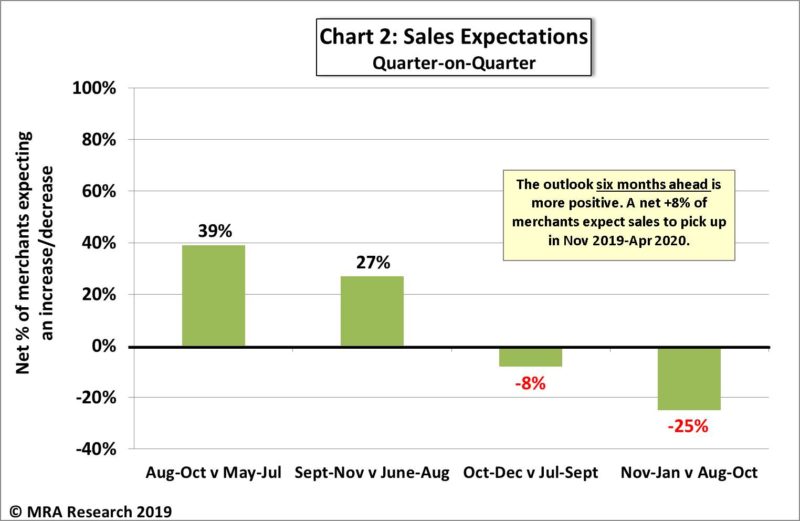 A net -9% of merchants were LESS confident in November than October, but this was a marginal improvement on the October survey (-13%).

Year-on-year, a net -22% of merchants were LESS confident in November than the same month last year — see Chart 3. Merchants cited uncertainty around Brexit and politics hitting market confidence and consumer spending as the main reasons. 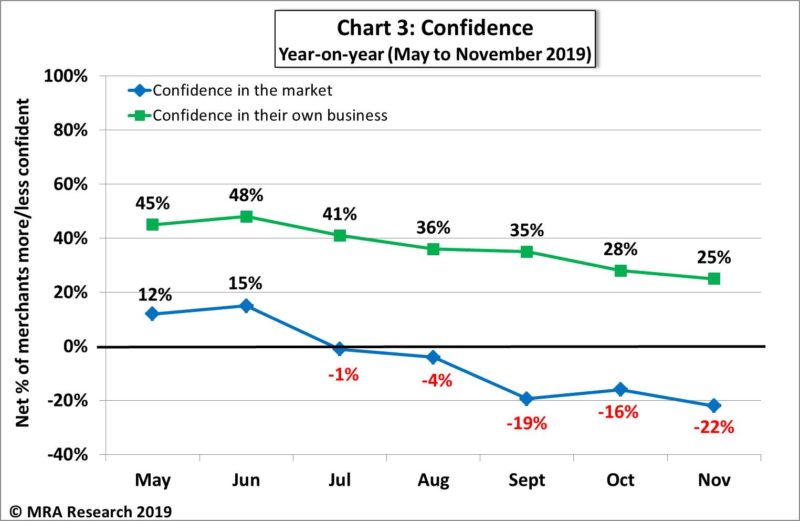 Supplier prices (55%) and lack of confidence in the market (54%) followed, with 16% more merchants mentioning the latter in the November survey.

Just over a fifth of merchants mentioned squeezed margins as their single biggest problem in October, closely followed by online competition (20%).

In a separate question in November, on the three most important challenges the construction industry faces today, merchants listed Brexit (60%), increased competition (32%) and price increases (29%).

The difference between the percentage of merchants expecting growth and those expecting a decrease is the net figure, expressed as a percentage. A positive net percentage indicates growth, a negative indicates decline, while a net zero implies no change.

This report is based on the 7 survey in this series, with interviews conducted by MRA Research between 1 and 5 November 2019. Each month a representative sample of 100 merchants is interviewed, balanced by region, size and type of merchant, including nationals, regional multi-branch independents, and smaller independent merchants.