Appearing in PBM’s October edition, the most recent results from The Pulse – a monthly tracking survey by MRA Research into merchants’ confidence and prospects – reflects builders’ merchant expectations in a challenging market.

A net +19% of merchants predicted better sales in August compared to July. Growth expectations have, however, weakened since the first survey of The Pulse in May where a net +64% of merchants expected sales to rise month-on-month. 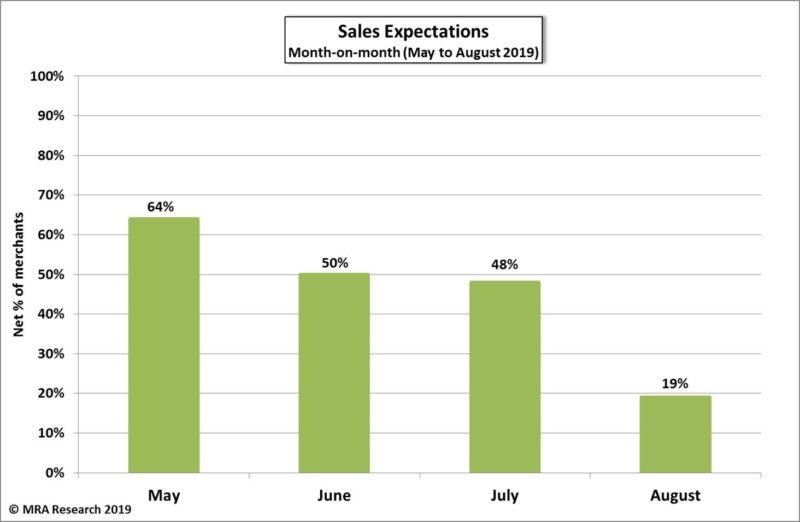 Compared to the same month last year, a net +48% expected sales to rise in August. Expectations over the period were broadly similar across all regions and merchant types. Merchants in Scotland were slightly more cautious (net +38%).

Looking to the next quarter, merchants are positive. A net +39% anticipate sales will increase over the next three months (August-October) compared to the previous three months (May-July). A net +51% of regional merchants forecast growth over the period, compared to a net +37% of nationals and +21% of independents. 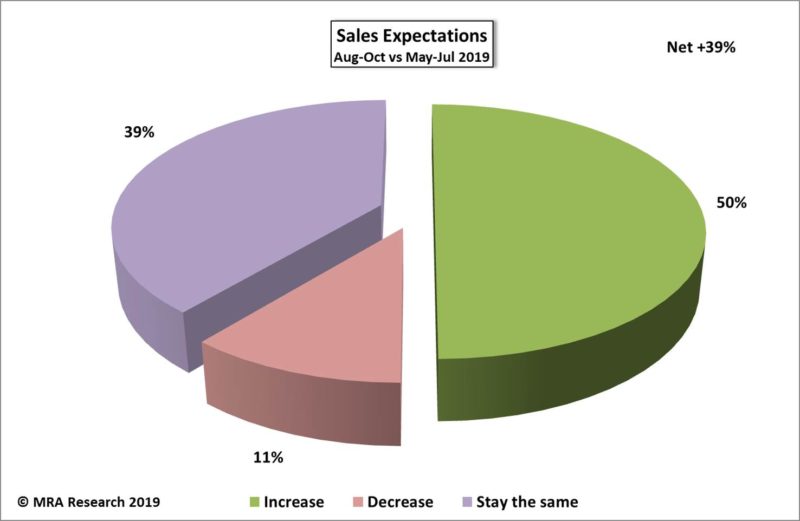 Among those who are MORE confident, approximately two thirds said this was due to sales continuing to increase and because “things haven’t been as bad as predicted”. The remaining third saw wider economic issues improving with Brexit settling down, or at least with less pessimistic news coverage.

However, since completing this survey at the beginning of August, the Queen approved Boris Johnson’s request to suspend parliament. We have yet to see the impact of this decision.

Merchants LESS confident were largely reflecting on the uncertainty around Brexit and the political situation impacting on a general slow-down in the economy. Businesses are struggling to win new work, largely due to a hesitant market.

Confidence in the business

Confidence in their business or branch remains positive for most merchants, although slightly down on previous surveys. A net +37% were more confident in August than the previous month (July). Merchants in the South and Midlands were the most confident (both a net +44%).

Compared to the same month last year, a net +36% of merchants were more confident in August about the prospects for their business or branch. Merchant’s confidence in their own business is consistently stronger than their confidence in the market. 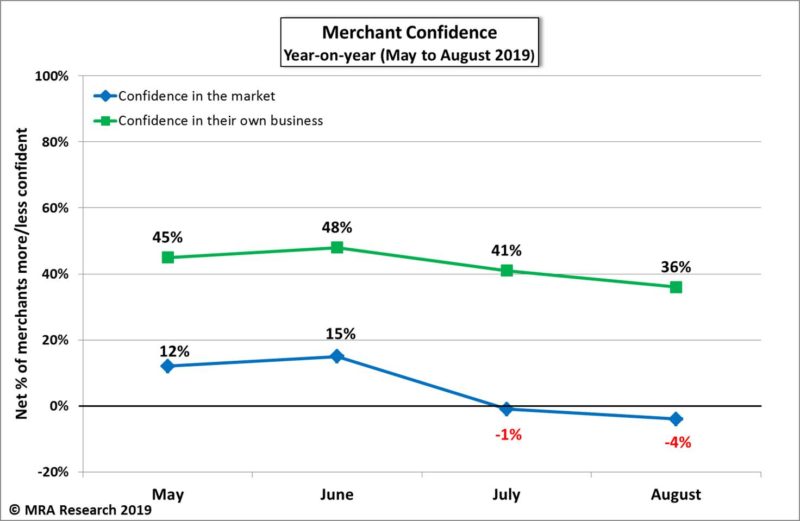 Every quarter, we ask merchants for their views on the main problems affecting their business in the last month. In July these included squeezed margins (69%); supplier prices rises and supplier service & availability (both at 62%); and price cutting in the market (61%). The number of merchants mentioning online competition jumped from 50% in April to 67% in July.

More merchants also said they had been affected by lack of confidence in the market, lack of skilled staff, weak sales volume and legislation. 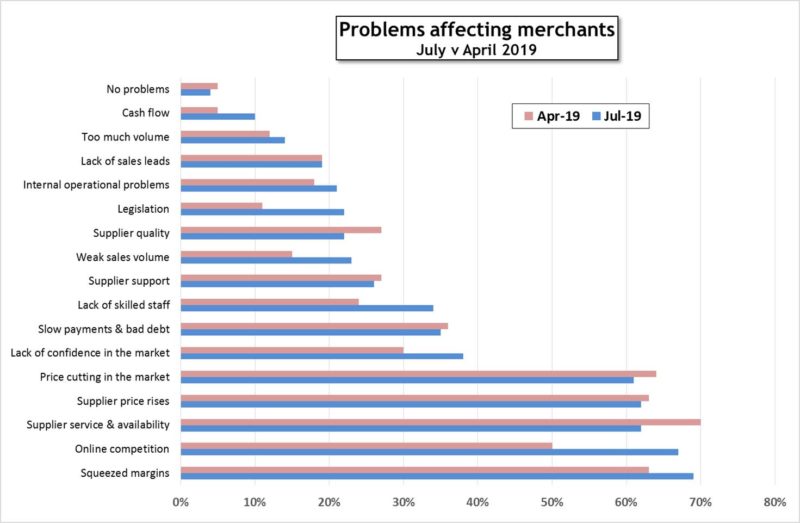 Just under a third of merchants said supplier service & availability (29%) was their single biggest problem, followed by online competition (22%).

In another question, merchants state the three most important challenges the construction industry faces today. Responses are grouped into categories, and the top three mentions in August were availability of supply (43%), Brexit (41%) and increased competition (33%).

The full report can be downloaded free from www.mra-research.co.uk/the-pulse and www.professionalbuildersmerchant.co.uk, or call Anna Eriksson at MRA Research on 01453 521621.

Click on the links below to see the details of The Pulse in previous editions of PBM:

This report is based on the fifth survey in this series, with interviews conducted by MRA Research in August 2019. Each month a representative sample of 100 merchants is interviewed, balanced by region, size and type of merchant, including nationals, regional multi-branch independents, and smaller independent merchants.