Executive Chairman, David Kilburn looks back over the 25 years and shares some of the milestones and memories that have gone into constructing one of the building trade’s best-loved brands, and one of the UK’s fastest growing businesses.

“In 1995, my favourite sound was the ring of the fire-bell going off in the warehouse. It meant there was an order!” said David.

“As for any fledgling business, in the early days orders are everything. And, after closing our first month with a trading profit and haven taken a healthy £123,000 – I am delighted to say 25 years later, we have never been short of orders and never looked back.”

In many ways, the MKM of 2020 is almost unrecognisable from the first branch that opened in Hull in 1995.  For a start the first branch sold caravan supplies rather than building supplies, which MKM is known for today.

There was a small team of five people working from rental premises, which had been secured for nine months to get the business off the ground. David recalls: “Ironically, the premises belonged to an MKM competitor William Wilson. We signed up for nine months but were still there 18 months later, at the time we were just glad not to be chucked out!”

Today, MKM Building Supplies employs over 1650 people and last year recorded sales of over £460 million.  This year MKM has opened its 70th branch and has ambitious growth plans to be operating 100 branches by 2021/2022.

According to David, though, many things haven’t changed at all over the 25 years. “Since day one, our company culture has always been very people focused, how we treat people has remained exactly the same. Every single person is important no matter what their role … our people are our biggest asset.”

David added: “Technology and the digital age have of course altered things, but our teams still do the majority of business either over the trade counter or on the phone. That may change in years to come, but essentially people buy from people.”

“Relationships are key, our customers trust us to deliver quality products with great service as their own businesses rely on it – our teams appreciate that and make customers the priority. More so than any other industry, this is a people business and good relationships are the absolute bedrock of that business.” 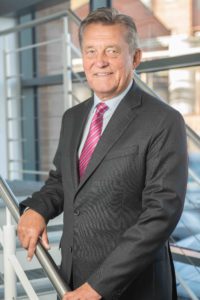 MKM was built on the concept that skilled, local people who understand the needs of local customers should serve the local trade. It is differentiated, however, through its unique business model, centred on branch directors owning an equity stake in their branch with opportunity to share in profits. David believes empowering people and supporting their entrepreneurial spirit has been a key driver of growth.

By 2005, MKM had opened 15 branches, five years later in 2010 a further 17 branches had been opened and by 2018 the merchant had 54 branches throughout England and Scotland.

David recalls: “Our biggest challenges in the early years were always time and money. If we had more of both earlier we would have grown more quickly, but it is important to keep a level head and not get ahead of yourself. We always prided ourselves on paying suppliers and staff on time, even though both my business partner and myself often took a reduced salary.”

Business wasn’t always plain sailing, in 2008 almost every industry in the UK fell victim to what the media dubbed a ‘double dip recession’. The building and construction industry were hit hard, their performance acted as a barometer for the economic downturn and went into meltdown.

David commented: “In 2008, we were acutely aware that external factors, beyond or control can take a serious toll on business. It seemed the entire financial world collapsed, our own industry went into a desperate panic with many of our competitors laying off 30 to 40% of their people.”

“We took the decision not to take action. We decided to back our people and ride out the storm and were confident that business would eventually pick up… which of course it did. While the majority of the industry seemed to lose up to 40% revenue, I’m glad to say we did fare better and suffered losses of up to 11%, relatively unscathed in comparison.”

“However our mantra, which we instil in all of our teams is to have fun at work. Indeed, some of the most demanding times in business have also been the most enjoyable. Some of our best times were in the early days – negotiating manufacturing deals, securing credit with the banks and often coming up against brick walls, whilst driving a couple of old bangers to collect building materials and grafting to sell. Working hard, but having fun is very much the MKM culture.”

While looking forward to the opening of their 100th branch, David also believes there are growth opportunities ahead for MKM with acquisitions, developing new product lines and developing the kitchen and bathroom offering.

David concluded; “Our own recipe for success, now fine-tuned over 25 years has been giving customers what they want, employing and retaining the best staff, engaging people in profit generation activities and of course having fun at work – which we certainly do!”