As featured in PBM’s November edition, a recent blog on the Marley website discusses the implications of the “fully revised” British Standard BS 5250.

The launch of the fully revised British Standard, BS 5250, aims to address all sources of moisture within buildings and the associated impacts to the building fabric and occupants’ health by preventing them from becoming breeding grounds for health hazards such as mould spores and spreading infections.

BS 5250:2021 replaces BS 5250:2011 + A1 2016 and gives new guidance on preventing moisture risk in buildings, including pitched roofs. The revised Standard was launched on 29 July and has been re-named ‘Management of Moisture in Buildings — Code of Practice’ to reflect its new, integrated whole building approach, which considers the interactions between the fabric, services, and occupants.

While former editions of the Standard focussed mainly on condensation, the new guidance has been broadened to include other moisture problems such as excessive humidity, rising damp, rain penetration and roof leaks. It also recognises that, in both new and existing buildings, the gap between the design on paper and the way it performs when it is built and in use may vary significantly, particularly due to modern building methods and climate change.

The revised Standard represents best practice in terms of assessing, controlling, and preventing the risk of moisture in buildings, giving both design and practical recommendations.

Stuart Nicholson, Roof Systems Director at Marley, explained: “The changes that are introduced in BS 5250 recognise the fact that buildings are coming under increasing stress from excess moisture, not only from climate change, with increasingly high rainfall and flooding risk, but also due to improved energy efficiency, causing greater humidity in buildings.

“We have been advising about the risks associated with moisture and the importance of adequate ventilation for many years now. The revised BS 5250 is an important step forward because it adopts a whole building approach to reducing the risk of excess moisture. Pitched roofing has a critical role to play in this integrated guidance and in the revised Standard, roofs are covered in greater depth than before and the different moisture risks between roof types are explained in detail.

“Importantly, it shows that roof ventilation should not be seen as an add on but is an important part of the whole building approach to managing moisture. This will help to prevent damage to buildings from different types of excess moisture and reduce the harmful risk to occupants’ health from inadequate ventilation levels.”

When designing pitched roofing, the natural movement of air within a building means there is a permanent risk of moisture laden air in the form of vapour, likely to ascend to the roof space. It is almost impossible to create an air-tight envelope, so specifications must provide minimum levels of ventilation to the roof void, in combination with a vapour permeable underlay and air open roof covering to ensure there is minimal risk of condensation within the roof build up.

Click here for more information on the new BS 5250, and for further details on the Marley product range. 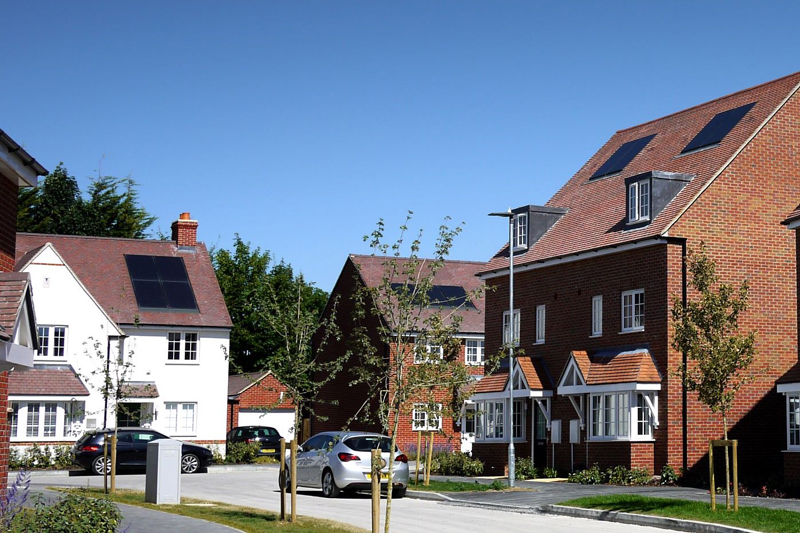