As published in the November edition of PBM, the latest installment of The Pulse presents some signs of a positive uptick in merchants’ sales expectations and confidence, however underlying concerns remain.

Merchants’ outlook improved in September, with sales expectations and business and market confidence up compared to August. Pressures in the supply chain eased slightly with 72% of merchants reporting that all, or more than half, of their suppliers are now able to supply them. This is a marginal improvement from 69% in August’s survey.

However, long lead times are prevalent. Supply is of particular concern for imported products, and this has tempered expectations in the medium term.

The Pulse, by MRA Research, is a monthly tracking survey of merchants’ confidence and prospects. Telephone interviewing took place between 1st and 6th September 2021.

Merchants were asked on a scale of 1 (not at all) to 7 (very badly) to what extent their business and customers have been affected by supply problems. An average score of 3.99 in September shows some easing of supply problems, but it’s too soon to see a clear trend — Chart 1. 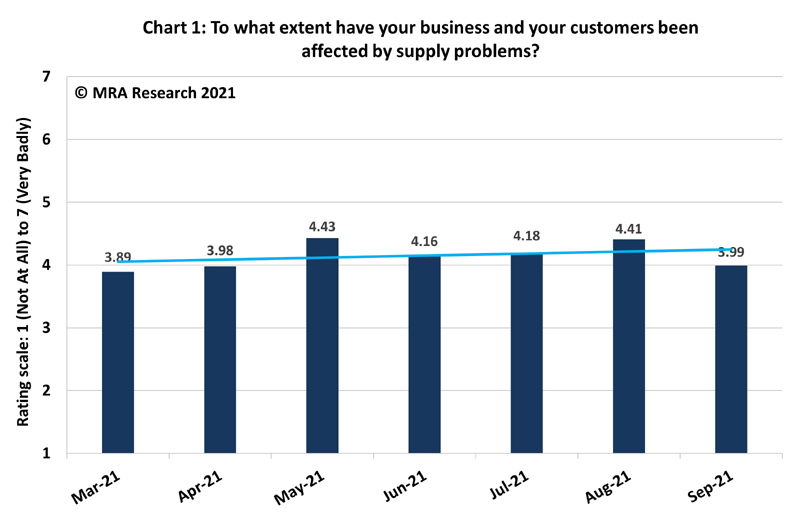 Sales expectations improved in September compared to August, with a net +12% forecasting higher sales month-on-month — Chart 2. By branch size, expectations were strongest among mid-sized outlets (+17%). The South (+45%) and Scotland (+33%) were the only regions expecting growth month-on-month.

Of merchants expecting sales to increase in September, 61% expected an increase of 10% or more compared to August. One in four expected growth of up to 9%. 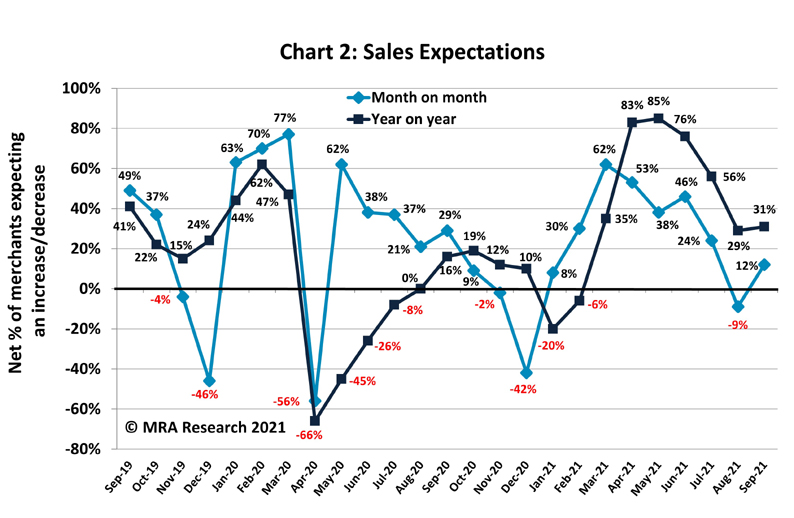 Quarter-on-quarter, merchants’ sales expectations weakened in September with a net -13% expecting to sell less in September-November compared to the previous three months. Merchants in Scotland (+47%) had higher expectations than other regions, particularly the Midlands (-58%). By branch size, large outlets had the lowest expectations (-33%).

Of those merchants expecting lower sales quarter-on-quarter, 57% expect a decrease of up to 9% and 43% expect sales to fall by 10% or more.

Merchants’ sales expectations for the next six months (September 2021-February 2022) compared to the last six months declined marginally in September’s survey with a net -20% expecting lower sales over the period — Chart 3. Merchants in the Midlands had the lowest expectations (-67%). Expectations are also weak among Independents (-37%) and Small outlets (-23%). 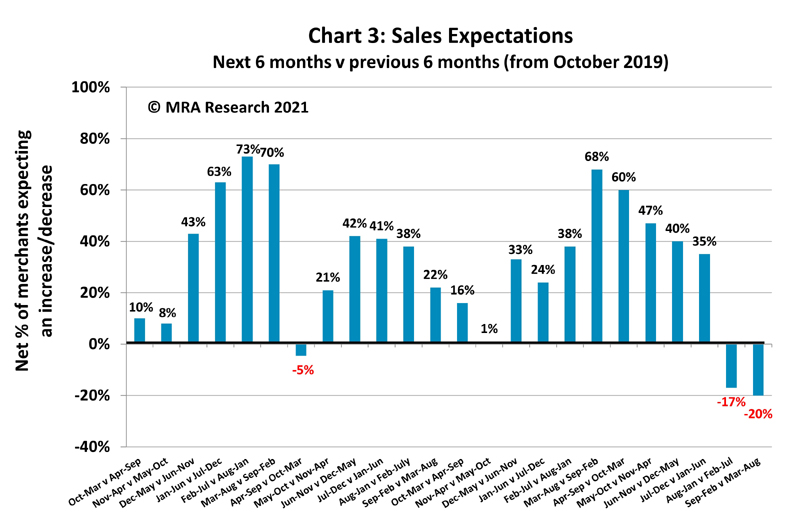 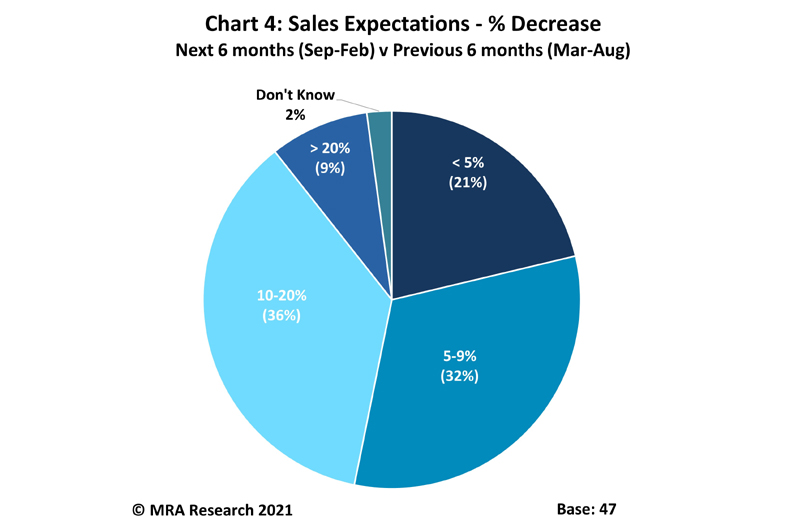 Confidence in the market strengthened markedly in September with a net +11% of merchants more confident than the previous month. Nationals (+32%) and mid-sized outlets (+38%) were most confident while Small outlets (-28%) and Independents (-4%) were less confident.

Merchants’ confidence in the prospects for their own business increased month-on-month, with a net +32% more confident in September than the previous month. Mid-sized outlets (+48%) were more confident than Small branches (+15%).

Compared to the same month last year, merchants’ confidence in their own business eased for the fourth consecutive month compared to very high levels in April and May, but remained historically very strong (net +44%) — also Chart 5. 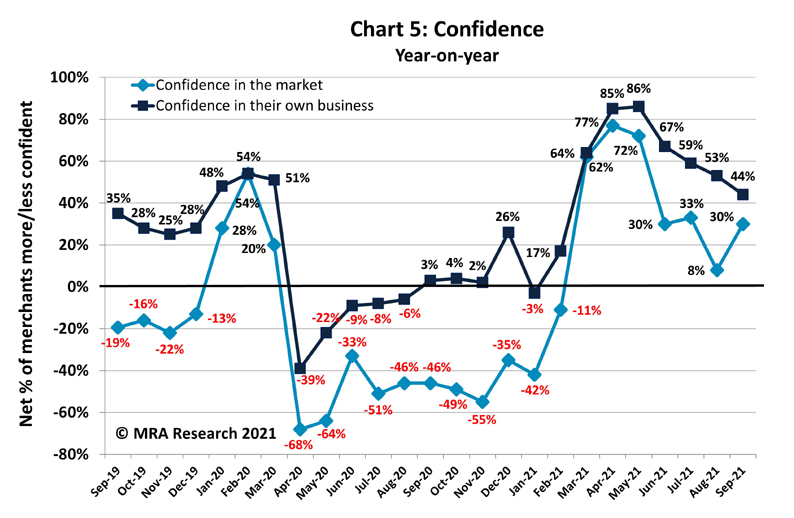 This report is the 29th in the series, with interviews conducted by MRA Research between 1st and 6th September 2021. Each month a representative sample of 100 merchants is interviewed. The sample is balanced by region, size and type of merchant, including nationals, regional multi-branch independents, and smaller independent merchants.

0 0 0 0
Previous : Catching up with the latest new NBG Partners
Next : Editor’s Viewpoint: Half term report