The Pulse, MRA Research’s temperature-check on builders’ merchants’ confidence and prospects, is now in its fifth month. Since May 2019, we have spoken to a representative sample of merchants every month to track expectations and while the news headlines change on a daily basis, the consistency of monthly tracking reveals some underlying trends for today’s market and economic climate.

Overall, merchants’ sales expectations month-on-month were stronger in September (net +49%) than August (net +19%) — see Chart 1. The outlook for September was strongest among small branches with <10 employees (+58%) and those in the North (+64%). Significantly more regional merchants (+65%) predicted better sales than independents (+35%) or nationals (+37%). 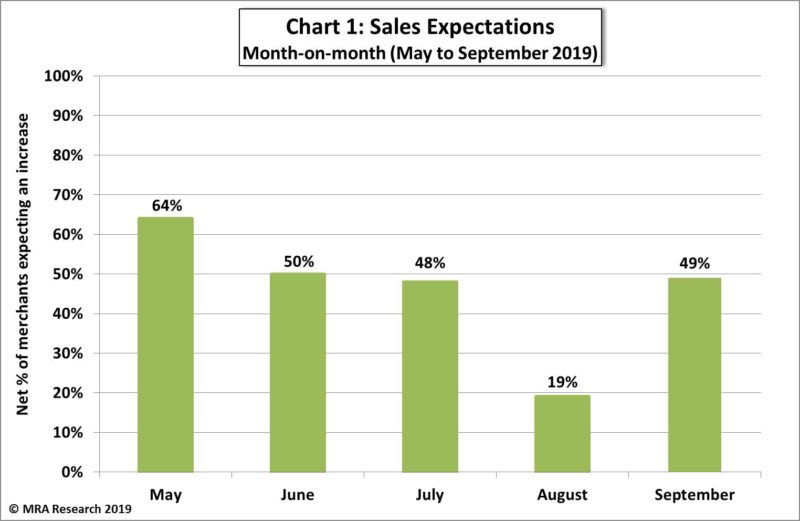 Sales expectations are similar year-on-year with a net +41% of merchants forecasting growth in September compared to the same month last year — see Chart 2. Merchants in the South (net +55%) and regional branches (+53%) were the most positive. 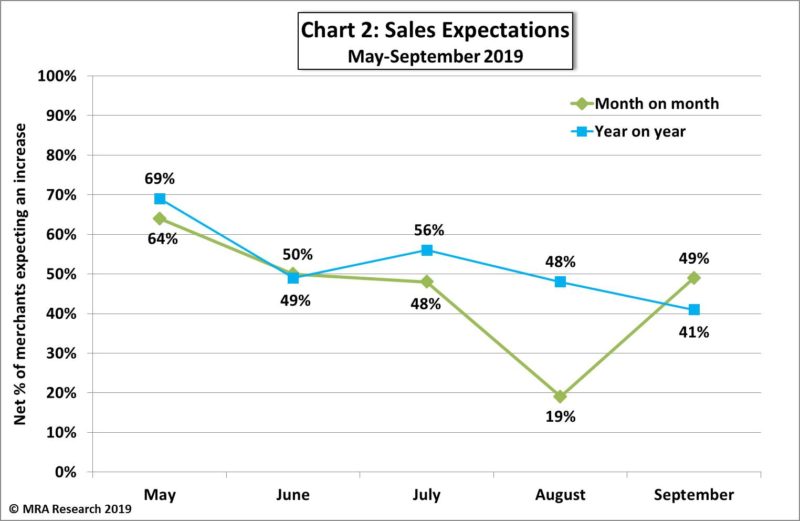 Looking to the next three months, a net +27% of merchants expect sales to improve in September to November compared with June to August (Chart 3). Expectations were strong across the board with the exception of mid-sized branches (10-25 employees) — at a net +8% — and also merchants in Scotland (+7%).

While a net -10% of independents forecast a drop in sales over the next three months, regionals and nationals anticipate better sales (net +31% and +43% respectively). 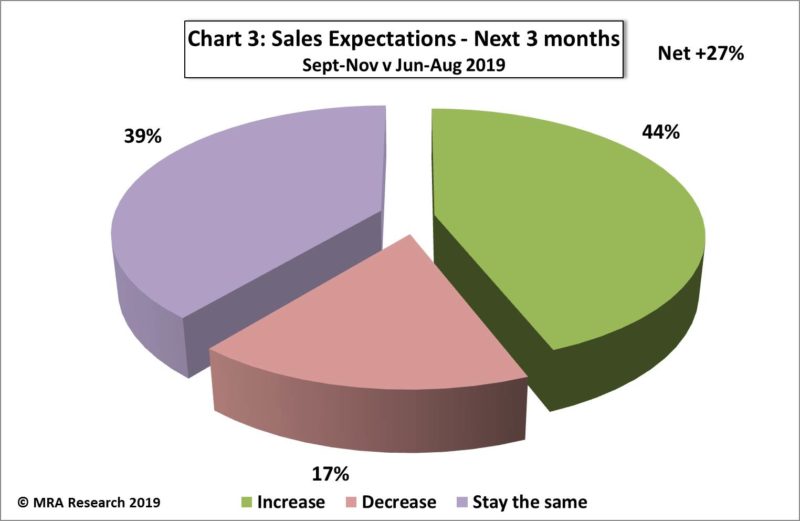 Merchants’ confidence in the market continues to weaken month-on-month and year-on-year. Given the political state this perhaps is not surprising. With a stream of negative headlines on Brexit and the uncertainty of what actually happened (or not) on 31stOctober (after this issue of PBM went to press) we can understand the caution and negativity.

Overall, a net -2% were less confident in September than in August. Confidence is weakest among merchant branches with over 25 employees (net -20%), those in the South (-10.5%) and independents (-15%).

A net -19% of merchants were less confident about the market in September compared to the same month last year, as displayed in Chart 4. More large branches (net -30%) and independents (-35%) were less confident than merchants of other sizes or type. Regionally, there was a north/south divide. Merchants in the South and Midlands were significantly less confident about the market (net -30% and -28% respectively) compared to merchants in the North (-4.8). Confidence among branches in Scotland was on balance the same.

Looking at those who were LESS confident in September, most (70%) mentioned Brexit as the main reason, with a further 23% referring to a general market slow down. Other causes were a reduction in customer spending, projects being put on hold and the uncertainty over imported goods.

When asked about confidence in their own business — ie: the more ‘controllable’ factors — merchants are generally more positive. A net +31% were more confident in September compared to August, with regional merchants (+44%) particularly positive. The year-on-year the picture is similar, with a net +35% more confident in September compared to the same month last year (also shown in Chart 4). 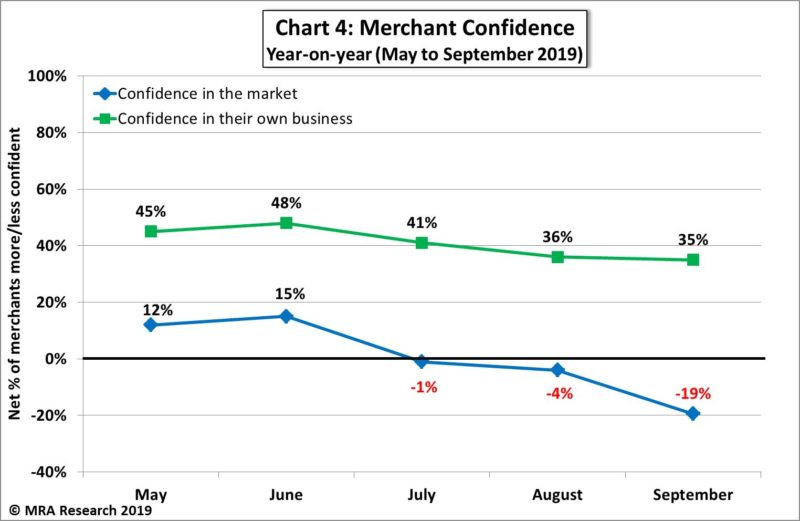 This report is based on the 5th survey in this series, with interviews conducted by MRA Research in September 2019. Each month a representative sample of 100 merchants is interviewed, balanced by region, size and type of merchant including nationals, regional multi-branch independents and smaller independent merchants.