Evidence continues to pile up about continued fire door failures in residential and commercial property, according to Trident Building Consultancy.

Since the Grenfell Tower tragedy, the building consultancy has been working on a number of projects where buildings have required replacement cladding and updated fire risk assessments. This work has also revealed hundreds of failing fire doors.

One project included multiple residential tower blocks. An intrusive survey was carried out on a sample of seven fire doors per each block. Architraves were removed to expose the detailing between the door frame and structural opening to allow the surveyor to cross check it with requirements of the fire test evidence. The survey found that the door frame installations were not compliant with the relevant test evidence and wouldn’t provide the required period of fire resistance. This defect, among others found, resulted in all of the fire doors and frames needing to be replaced. 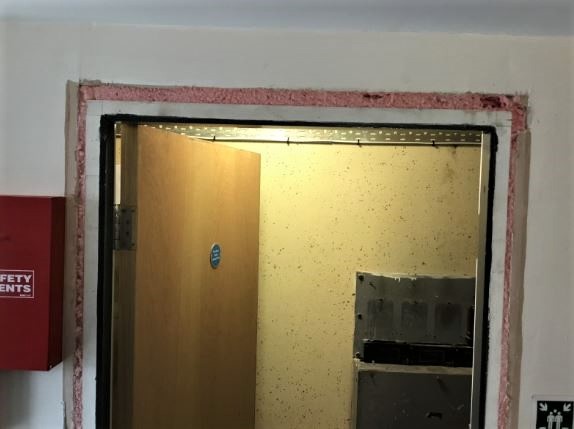 Christian Watkins, an Assistant Building Surveyor who worked on the project, said: “It was shocking to see that every sample fire door inspected was non-compliant. Once the architrave was removed, we could see the back of the door frame was packed with pink foam. This wasn’t going to act as any sort of barrier and clearly wasn’t in accordance with the test evidence for the fire doors. These buildings were only refurbished in 2015.”

Matt Clare, one of the Specialist Advisers on the Steering Group on Competence for Building a Safer Future and its working group looking at the skills and training requirements for fire risk assessments, said: “Design and build is partly to blame. It is absolutely clear to me that such contracts and procurement routes, where risk in construction contracts is being shifted onto the contractors, has driven the wrong behaviours when it comes to building safety.

“I think that the loss of the clerk of works from construction is another factor. There are things being done that you would never have got away with in a traditionally procured contract because the clerk of works would have told you to take it down and do it again. That doesn’t happen anymore.

“But there’s also an overall decline in standards of workmanship and care and pride when it comes to our buildings. And that’s the very pernicious attitude we need to change fastest, across all trades and professions.” 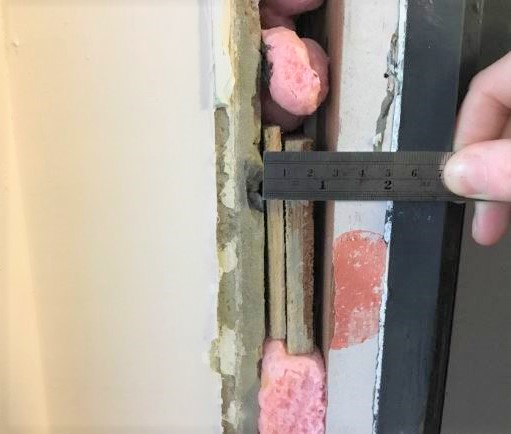 Trident responded to the interim Hackitt Report last year, calling for clerks of works to be reinstated as the norm. It referenced one of its recent projects – a new build care home in Scarborough – and praised how the clerk of works on that site oversaw the installation of fire doors:

Christian said: “I inspected the development during the plastering stage when the fire doors were also being installed. It was interesting to note that the carpenters were fitting the doors extremely tight into the frame. This was to allow for the timber shrinkage that occurs when heating is applied to the building and the plaster finishes dry out. Once the moisture levels had stabilised, final adjustments were made to the doors. This approach ensured that gaps between the door, frame and threshold didn’t shrink and then exceed the maximum acceptable standards. I’ve never seen that method being used before and it prevented anyone having to go back and rectify the doors post-build.”

In addition to having a clerk of works on new build projects, the company has given its strongest support to the idea of a compulsory competency register for fire door installers, in line with the recommendations in the Raising the Bar report. It is recommended to all its clients that only complete fire door sets are specified, tested through a third-party certification scheme such as BWF-CERTIFIRE, which provides full traceability.

Matt said: “It is our responsibility both as property owners and construction professionals to ensure that we are prioritising fire safety throughout a building’s life. Properly specified, fitted and maintained fire doors are a fundamental part of this.”