The most startling change has been in the cordless power tool market. 12 months ago, cordless tools represented over 50% of the demand for power tools. We believe this figure has already grown and will continue to grow — indeed, our own sales figures show year-on-year increases on sales of certain tools, such as cordless circular saws versus their corded versions.

As a merchant it is important to know which power tools to hold in stock and cordless tools are an obvious choice. New battery technologies, combined with highly efficient brushless motors, are driving your customers to use cordless.

In short, we have found that the superior experiences for professional users come from being able to ‘get the job done anywhere’ by using tools that are powerful, durable, and accurate. 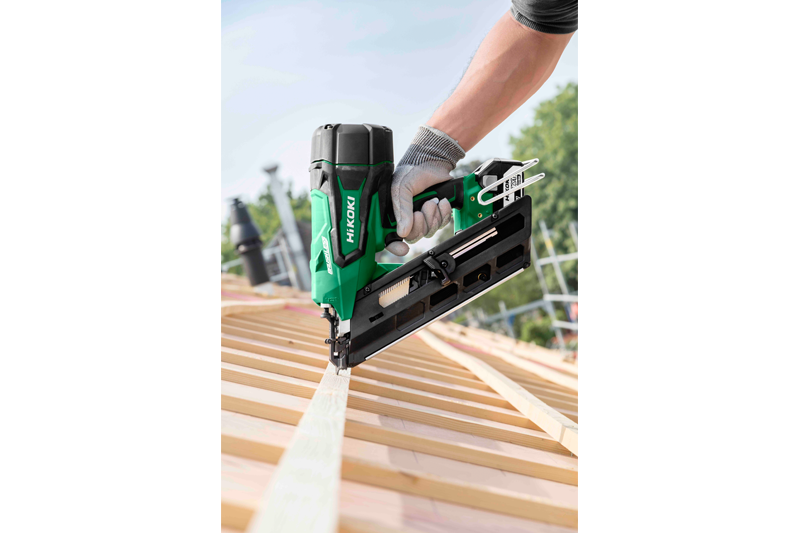 Once powerful Lithium-ion (Li-ion) battery technology is combined with the benefits of brushless motors in cordless power tool ranges, users get more flexibility and performance out of their tools than ever before. Take first fix nailers, for instance, which now have a performance that matches those traditionally powered by expensive gas canisters.

Unlike traditional framing nailers that use gas fuel cells, the HiKOKI NR1890DCJPZ is powered by a lightweight, rechargeable 5.0 Ah Li-Ion battery, banishing the costly replacement of fuel cells. The use of batteries also means the days of keeping gas fuel cells warm in a pocket, or dragging a compressor and hose out for every job, are over.This quiet, powerful and efficient nailer matches the performance of a gas nailer, without the fuss.

The NR1890DBCJPZ features a highly efficient brushless motor, driving up to two nails per second and has a capacity to carry 47 nails at a time. The tool also comes with two 5.0Ah Li-Ion batteries (with a charge time of just 75 minutes per battery) and fires up to 700 nails per charge.

Furthermore, the air/spring drive system means less recoil, better flush driving and easier maintenance, while the highly stable driving power allows the nailer to drive nails up to 90mm into timber with ease. 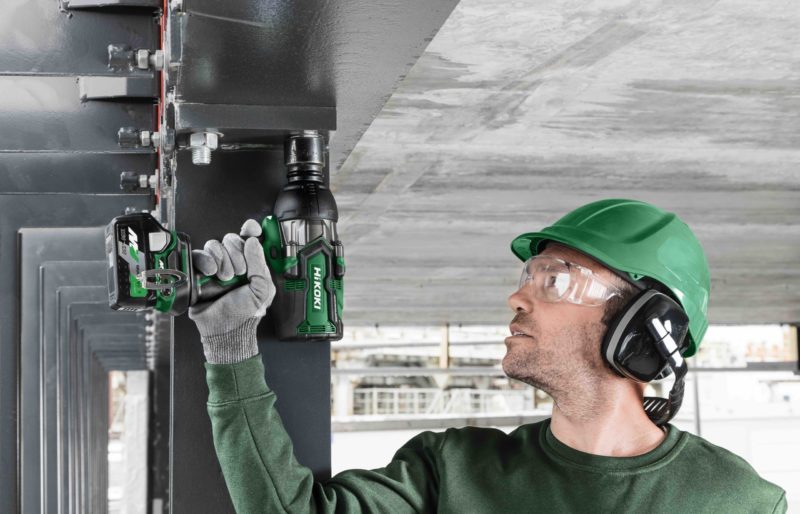 Cordless innovation will not stop for the foreseeable future, and we believe the percentage of tools carried by tradespeople will continue to be weighted towards cordless. For example, the HiKOKI Multi Volt BSL36A18 36V battery packs have more power than similar sized 18V battery packs — but dimensions and weight remain almost the same, so the 36V battery packs can be used with a wide range of 18V class devices.

Using the UC18YSL3 charger, the 36V battery packs can be fully charged in just 32 minutes. In addition, the battery packs have a particularly long service life: they can be charged up to 1,500 times without any appreciable impact on performance. The energy available in the battery pack is displayed on the battery itself through a four-stage charge indicator.

It is this kind of speed, meaning installers will never run out of charge, which is driving our move into the cordless age.

Intelligent connecting technology makes it possible for the battery pack to detect whether it is being used on an 18 Volt or a 36 Volt device and automatically adjusts the voltage. If we use the analogy of cars, both a 1L and 2L engine can do 70mph, but the 2L engine is using less of its capacity to get there, therefore increasing the fuel efficiency and engine life.

For a tradesperson, choosing a power tool can be based on a number of factors — with power, batteries, comfort and cost all playing a part. However, part of the choice will also be determined by the heritage of the power tool company itself, and its reputation for engineering and innovation, consequently saving time and money for its power tool users.

When Hitachi Power Tools was sold to Asia’s largest private equity fund and rebranded to HiKOKI Power Tools, the company lost none of its Japanese engineering excellence and commitment to innovation developed over 70 years. Consequently our range of tools continues to catch the attention of merchant customers.

So, with cordless power tools matching the performance of their corded counterparts, bringing with it so many advantages and convenience when on site, the choice of which tools to stock becomes simpler — and full of opportunity for merchants.