Apeearing in PBM’s July/August edition, the first ‘The Pulse’ tracking survey into merchants’ confidence and prospects finds the sector in confident mood.

Asked about sales expectations for the next month, 68% of merchants polled expected May sales to increase compared to April. With only 4% expecting a decrease, that is a high net +64% expecting growth. Twenty eight percent expected sales to stay the same. 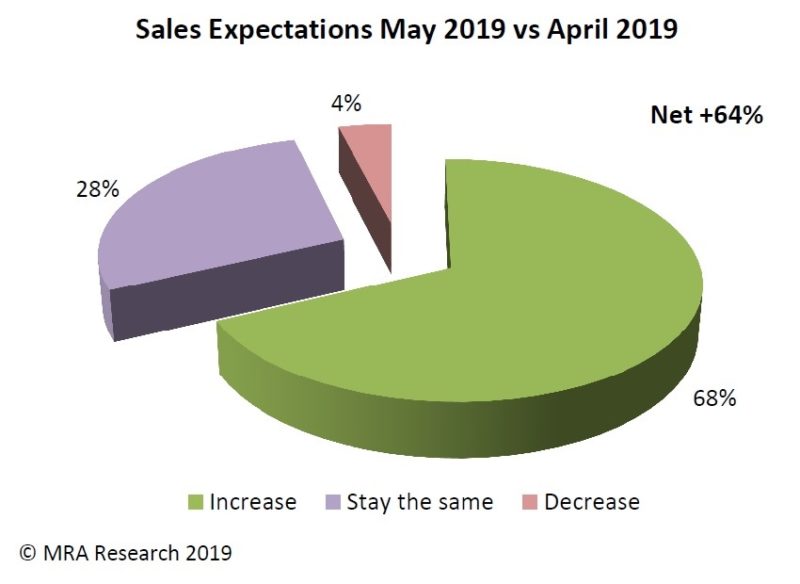 A slightly higher percentage of merchants (net +69%) thought sales would increase compared to May last year. Merchants in the Midlands were the most positive with a net +78% expecting sales to increase. 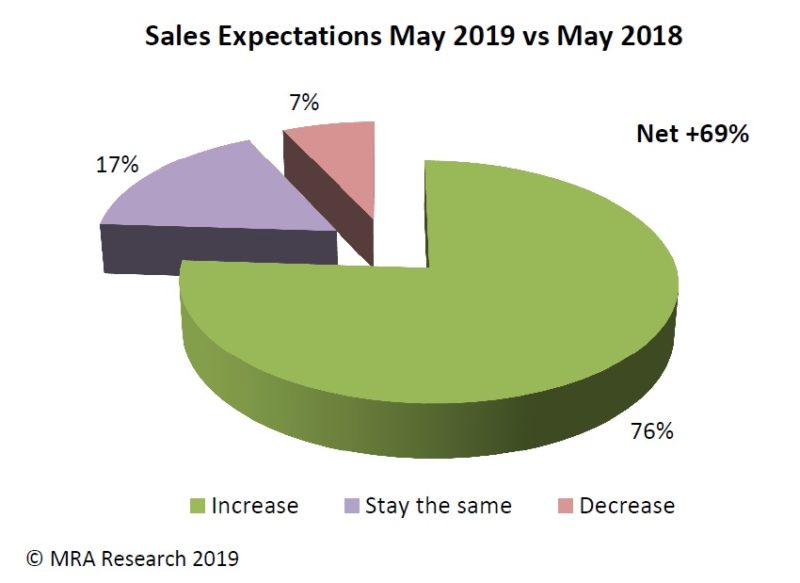 A net +17% of merchants were more confident in May than they were in April. Confidence was highest in the North of England at a net +30%. 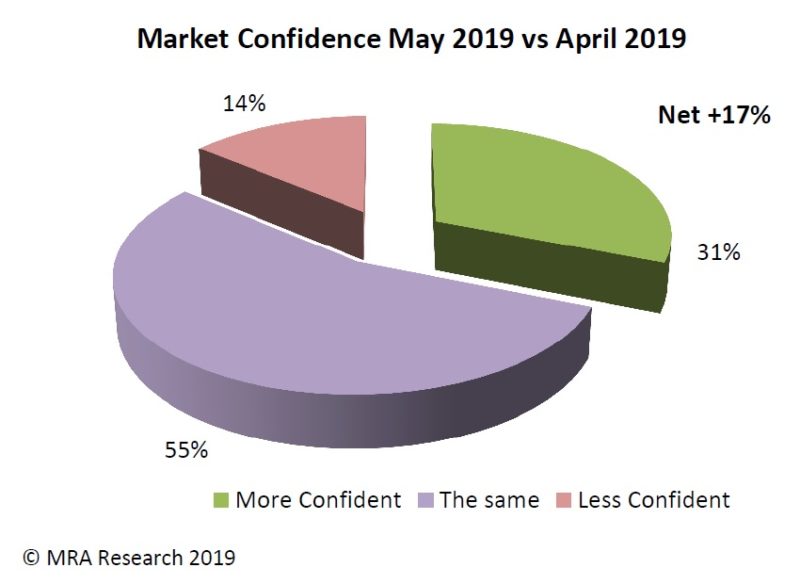 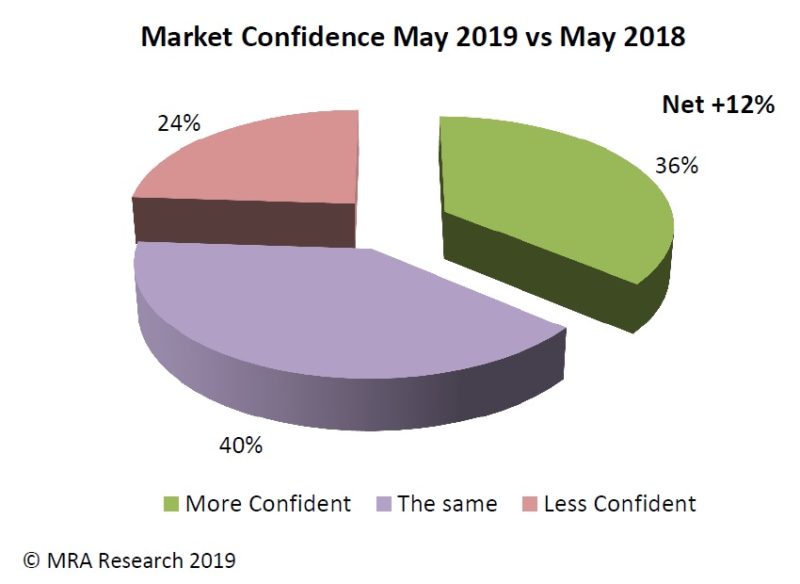 Among those that were more confident, the sentiment was very positive, and a number of respondents commented that market conditions appeared more favourable and that sales and activity had picked up recently. Many merchants also said they considered Brexit to be less of a worry than it was a year ago.

But of those who were less confident, around 75% said it was due, at least in part, to Brexit and the continued uncertainty. Other reasons included the current economic climate, political uncertainty and increasing competition.

When asked about confidence in their business or branch, merchants were even more positive. A net +38% of merchants said they were more confident now than they were the previous month (April). Merchants in the North and Scotland were the most confident (net +50%). 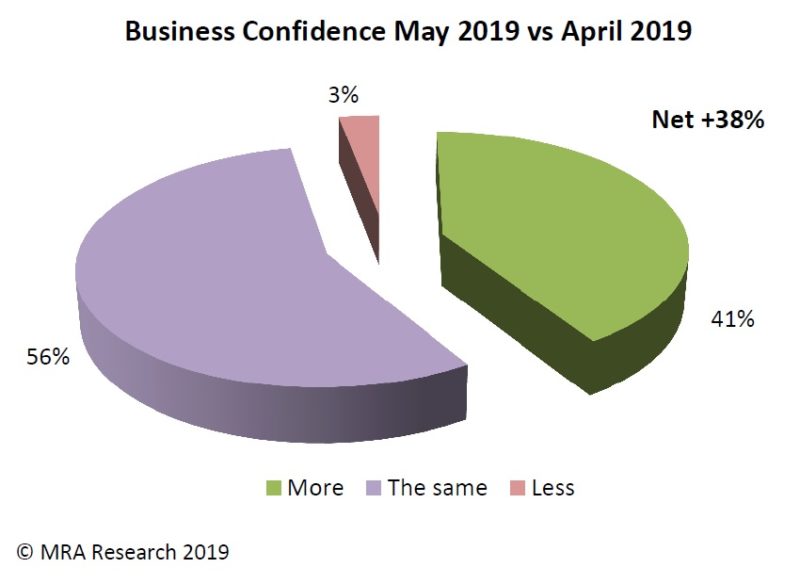 Compared to the same month last year, a net +45% of merchants were more confident about the prospects for their business or branch. Builders’ merchants in the North had the highest confidence level with a net +57% of merchants more positive than last year. 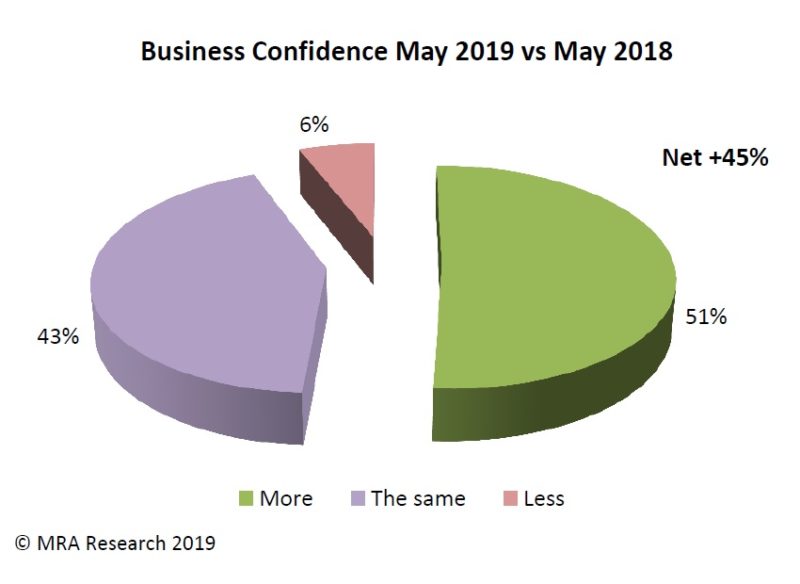 Merchants were also asked about problems they had faced in the last month (April). Only 5% said they had no problems, while 70% had experienced problems with supplier service and availability. 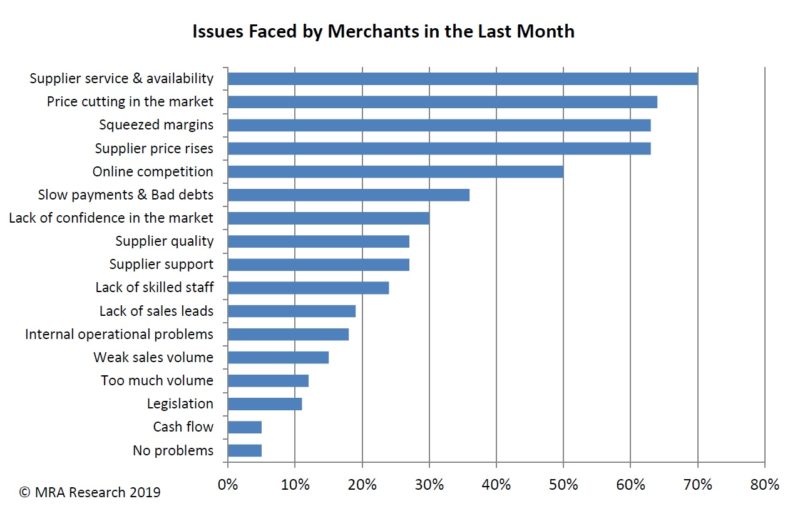 Merchantswere asked what their single biggest problem was in the last month (April). Supplier service & availability topped the list at 34%, but 16% of merchants had suffered from online competition, and 9% had been hit by price-cutting in the market. 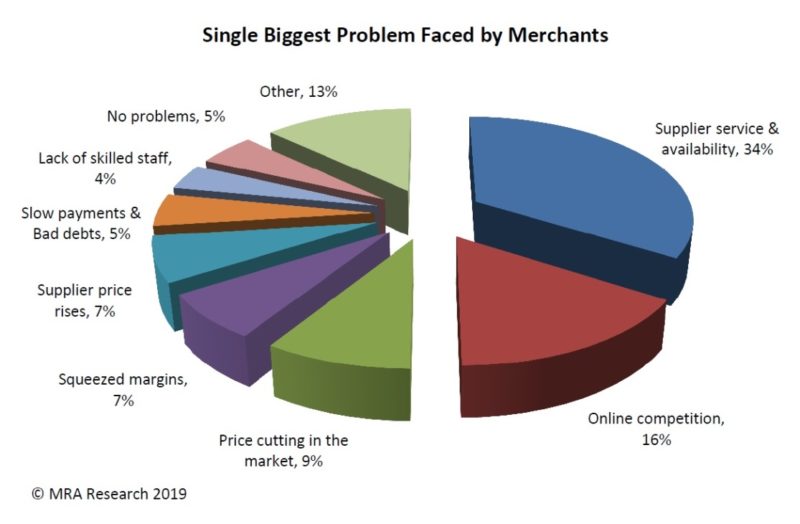 Merchants were asked, in an open question, what they thought were the three most important challenges the construction industry faces today.

Responses were grouped into categories. The top three concerns among merchants are Brexit, mentioned by over half of the merchants interviewed (55%), availability of supply and product shortages (35%), and skills shortages (31%). 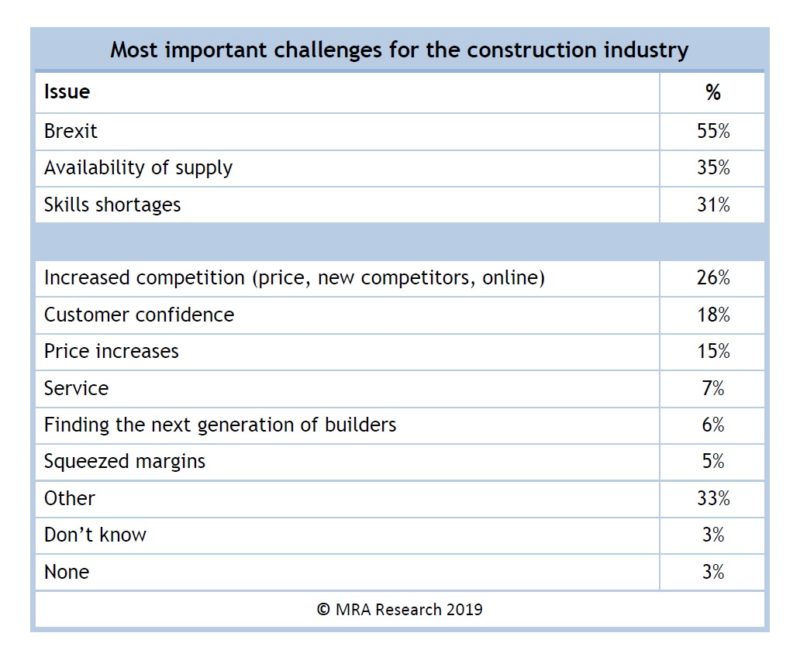 This report is based on the first survey in this series, with interviews conducted by MRA Research in April 2019. A representative sample of 100 merchants was interviewed, balanced by region, size and type of merchant, including nationals, regional multi-branch independents, and smaller independent merchants.

The full report can be download for free from www.mra-research.co.uk/the-pulse or call Anna Eriksson at MRA Research on 01453 521621.