As published in PBM’s February 2022 edition, the latest installment of The Pulse reveals that merchants were feeling optimistic about their prospects for the months ahead.

Lead times have lengthened, and the supply chain is stretched, but merchants are positive and their confidence in the market has strengthened. Indeed, merchants’ sales expectations for the next six months (December 2021 to May 2022) are robust, as they expect high demand to continue as the UK avoids another national lockdown.

The Pulse, by MRA Research, is a monthly tracking survey of merchants’ confidence and prospects. Telephone interviewing took place between 1st and 8th December 2021.

Merchants were asked on a scale of 1 (not at all) to 7 (very badly) to what extent their business and customers have been affected by supply problems. An average score of 4.18 in December indicates supply problems had worsened slightly in December — Chart 1. Supply issues, extended lead times and price increases are impacting merchants 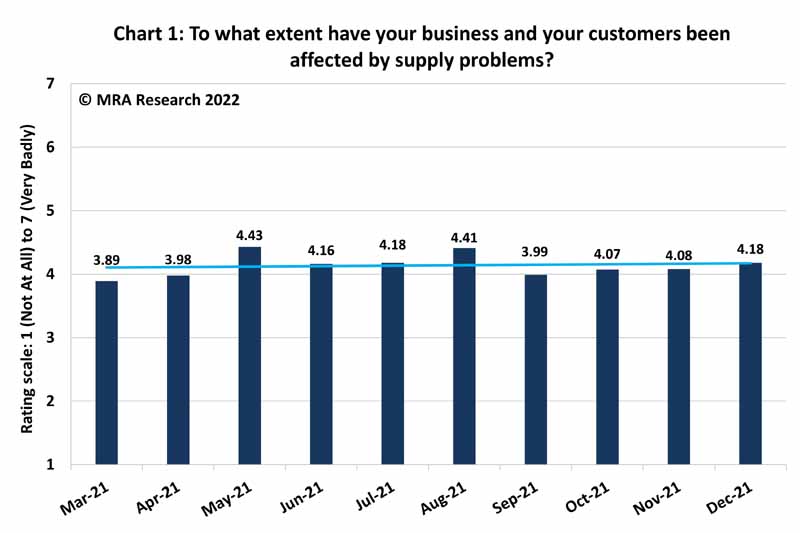 A net -58% of merchants expected sales to drop in December compared to November, reflecting seasonal factors and a shorter trading month — Chart 2. Expectations were particularly weak among large branches (-72%), the Midlands (-75%) and North (-82%) and Independent outlets (-77%). 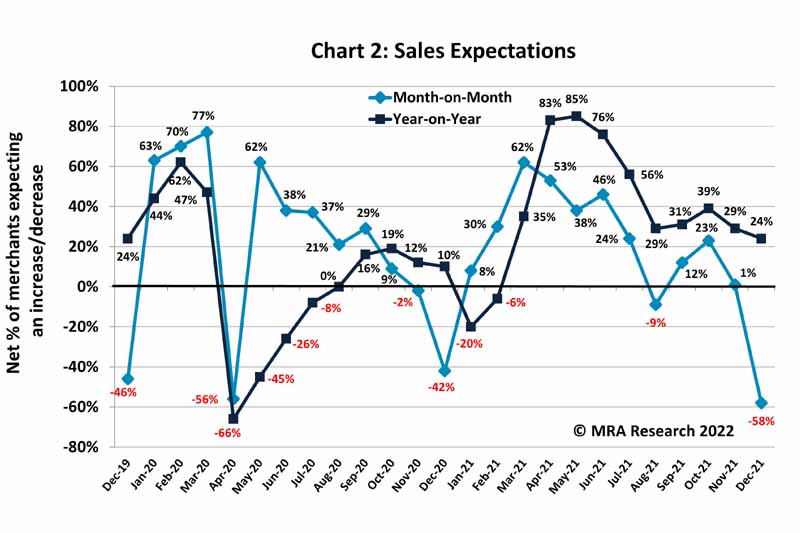 Among merchants expecting sales growth over the next quarter, nearly two thirds expect sales to increase by 10% or more. 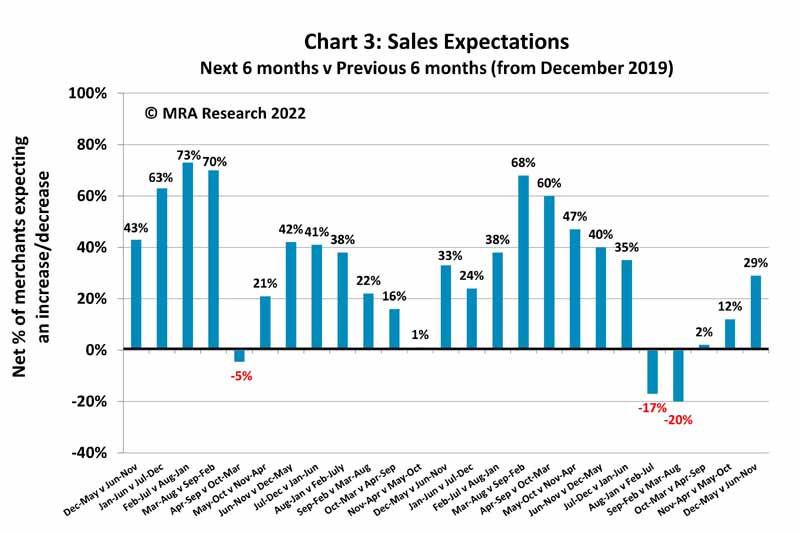 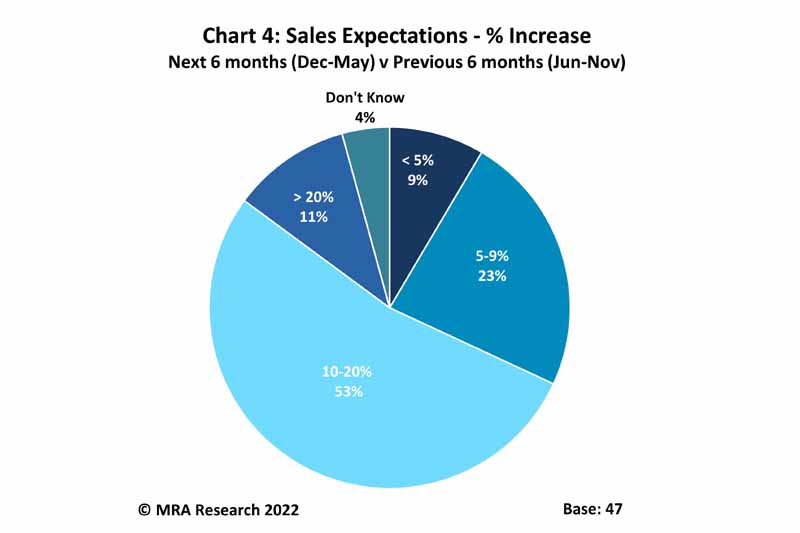 Compared with November’s survey, confidence in the market improved in December 2021 with a net +19% of merchants more confident than the previous month. Confidence is strongest among Small outlets and merchants in Scotland (+31%), and Regional branches (+34%).

Year-on-year, confidence in the market also improved with a net +45% of merchants more confident in December than the same month in 2020 — Chart 5. Confidence levels are similar across merchants of all sizes and type, and across all regions.

Merchants’ month-on-month confidence in their own business jumped up in December (net +41%) compared to November’s survey (+30%). Confidence levels are strong across the board, and particularly among Merchants in the South (+55%) and Scotland (+63%).

Compared to December 2020, merchants’ confidence in their own business is holding strong (net +56%) — also Chart 5. Merchants in the South and Scotland (+63%) and National branches (+65%) are most confident. 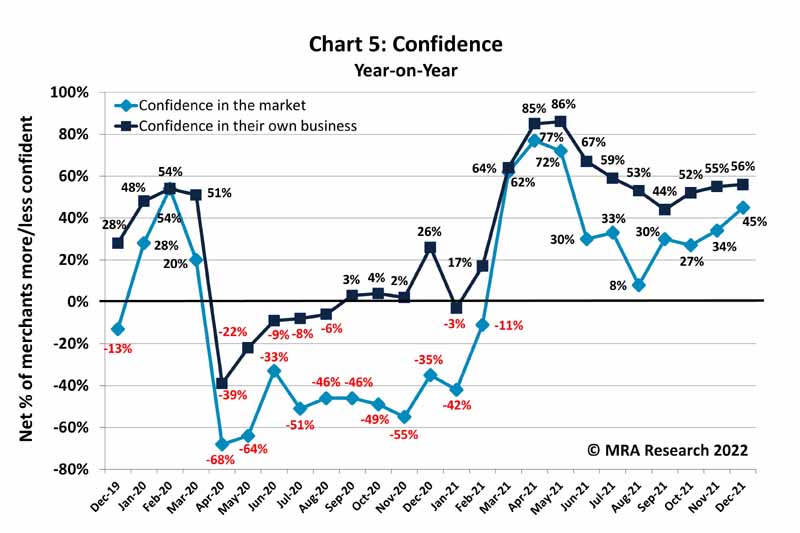 This report is the 32nd in the series, with interviews conducted by MRA Research between 1st and 8th December 2021. Each month a representative sample of 100 merchants is interviewed. The sample is balanced by region, size and type of merchant, including nationals, regional multi-branch independents, and smaller independent merchants.