As featured in the April edition of PBM, the latest installment of The Pulse shows that surging confidence levels and positive sales indications continue to be impacted by extended lead times and high prices.

This time last year, the country was in yet another lockdown so, not surprisingly, merchants were expecting sales in February 2022 to be considerably higher than the same month in 2021. Merchants’ expectations are also very strong for the next three months (February-April) and the next six months (February-July). Confidence in the market and in the prospects for their own business is also high.

However, long lead times and more price increases continue to affect merchant businesses, and merchants are concerned this will slow project completions and slow demand.

The Pulse, by MRA Research, is a monthly tracking survey of merchants’ confidence and prospects. Telephone interviewing took place between 1st and 3rd February 2022.

Supply problems got worse again in February after improving in January. Indeed, the average score (4.24) is the highest in six months — Chart 1. Exceptionally long lead times and surging prices continue to affect merchants. 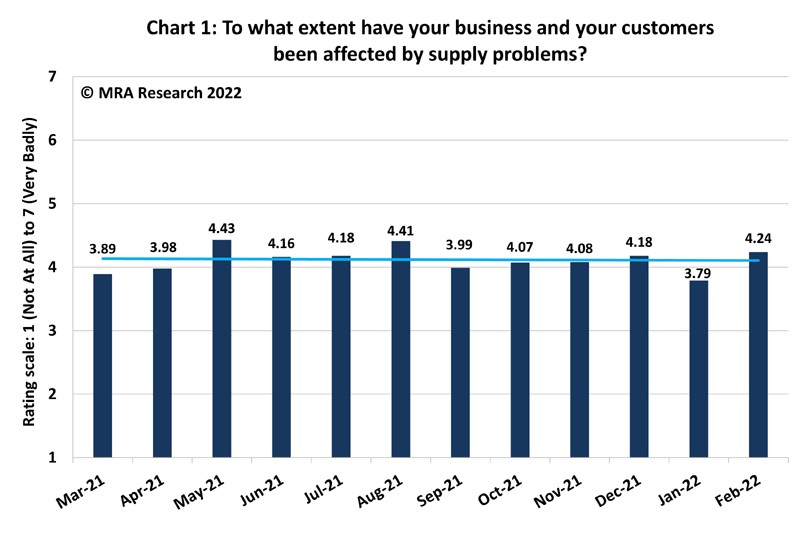 Merchants’ sales expectations rose again in February compared to January, with a net +74% of merchants expecting sales to improve over the period — Chart 2. Expectations were strong among merchants of all sizes and type, and in all regions.

Year-on-year expectations were significantly higher in February (net +64%) compared to the same month in 2021, when the country was in lockdown — Chart 2. Expectations were strongest among Mid-sized outlets and merchants in the North (both +79%). 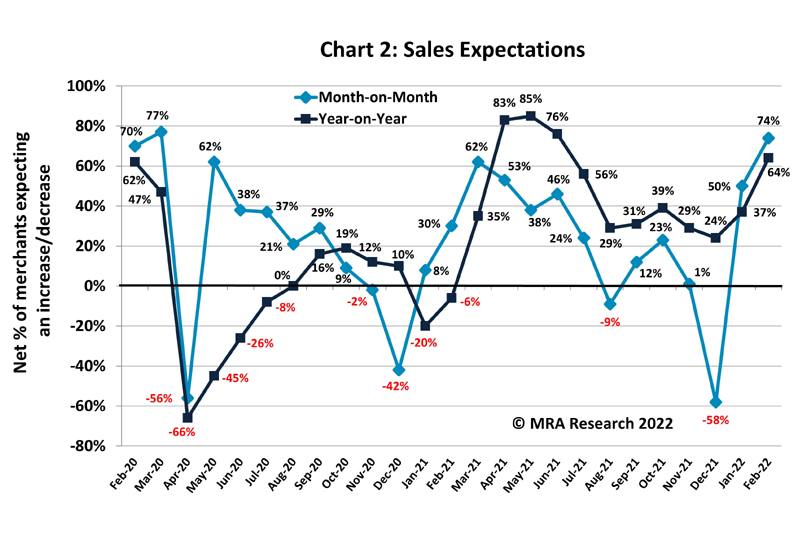 Quarter-on-quarter, merchants expect a very strong next three months, with nearly 8 in 10 (net +79%) expecting February-April sales to increase compared to the previous three months (November 2021 to January 2022). Expectations are strong across the board, and exceptionally high among Independent branches (+92%).

Over two thirds of merchants (net +68%) expect sales to grow in February-July compared to the previous six months (August 2021-January 2022) — Chart 3. Merchants in the South (+82%) had the strongest expectations. 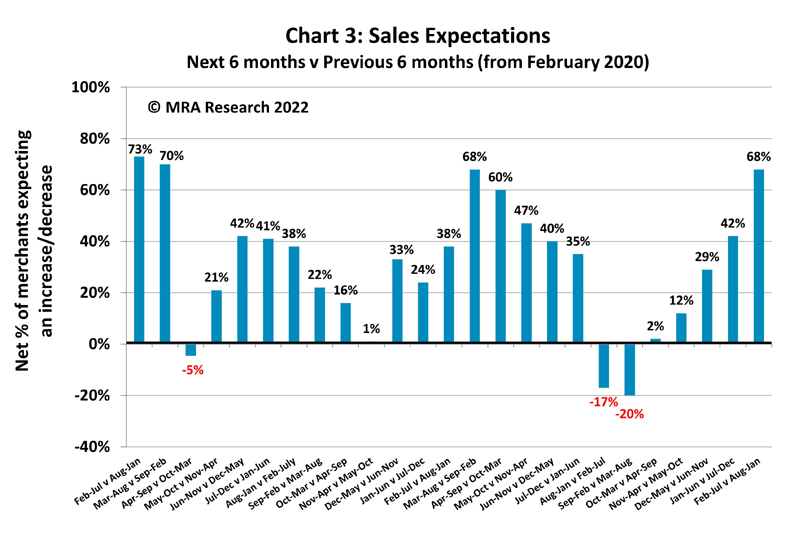 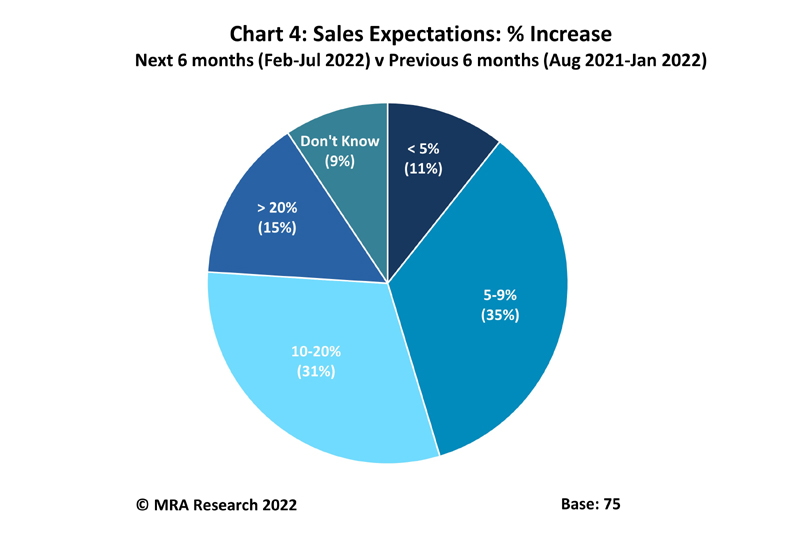 Compared with January’s survey (net +16%), month-on-month confidence in the market surged in February with a net +47% of merchants more confident. Confidence is strongest among merchants in the South (+71%).

Year-on-year confidence also improved significantly, with a net +56% of merchants more confident in February than the same month a year earlier — Chart 5. Confidence is particularly strong among merchants in the South (+79%). Confidence is weakest among branches in the North and Scotland (+26% and +29% respectively).

Merchants’ confidence in their own business strengthened considerably in February, with a net +69% more confident month-on-month than in January’s survey (+46%). Confidence is strongest among merchants in the South (net +92%).

Compared to the same month in 2021, merchants’ confidence in their own business continued to build on already high levels (+68%) — Chart 5. Merchants in the South (+87%) are most confident. Branches in the North are less so, but they are still confident (+26%). 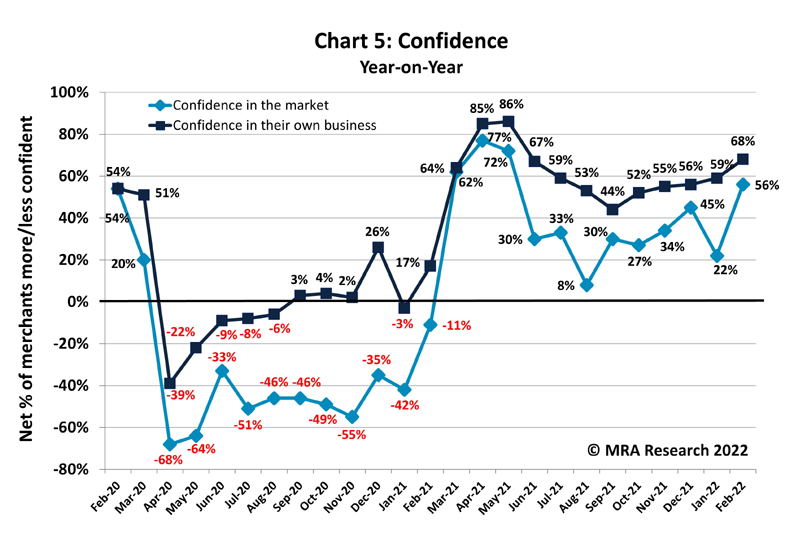 This report is the 34th in the series, with interviews conducted by MRA Research between 1st and 3rd February 2022. Each month a representative sample of 100 merchants is interviewed. The sample is balanced by region, size and type of merchant, including nationals, regional multi-branch independents, and smaller independent merchants.