As featured in the June edition of PBM, the latest instalment of The Pulse brings the market challenges into sharper focus.

Merchants’ sales expectations remain at historically high levels for the month, quarter and six months ahead but confidence in the market has tumbled as the sector considers the combined effects on demand of price increases, supply difficulties, fuel rises, the cost of living and the Ukraine conflict. However, merchants’ confidence in their own businesses remains high.

The Pulse, by MRA Research, is a monthly tracking survey of merchants’ confidence and prospects. Telephone interviewing took place between 1st and 11th April 2022. 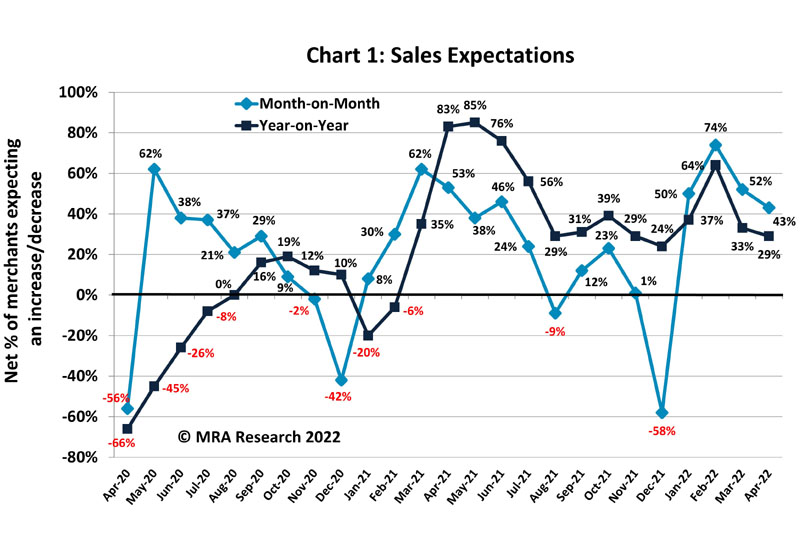 Although quarter-on-quarter expectations have weakened, they are very strong at net +46% — Chart 2. Expectations are particularly strong among Independents (+68%), Large outlets (+61%) and merchants in the Midlands (+58%). 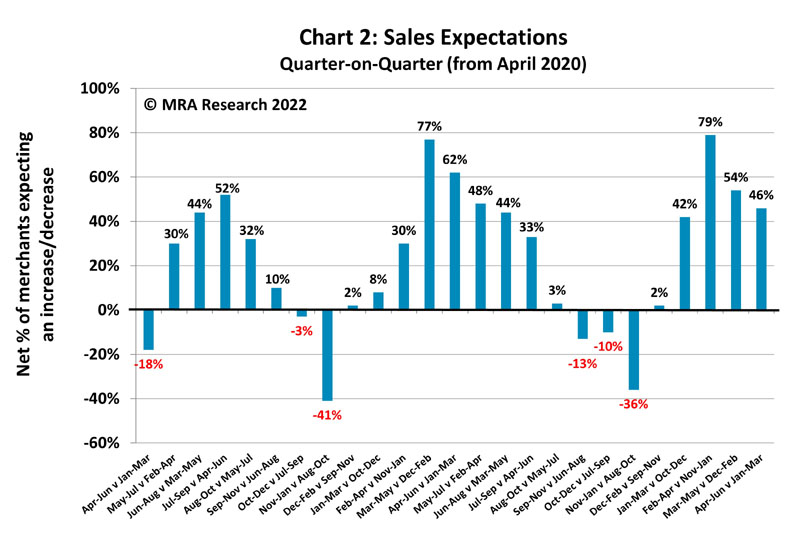 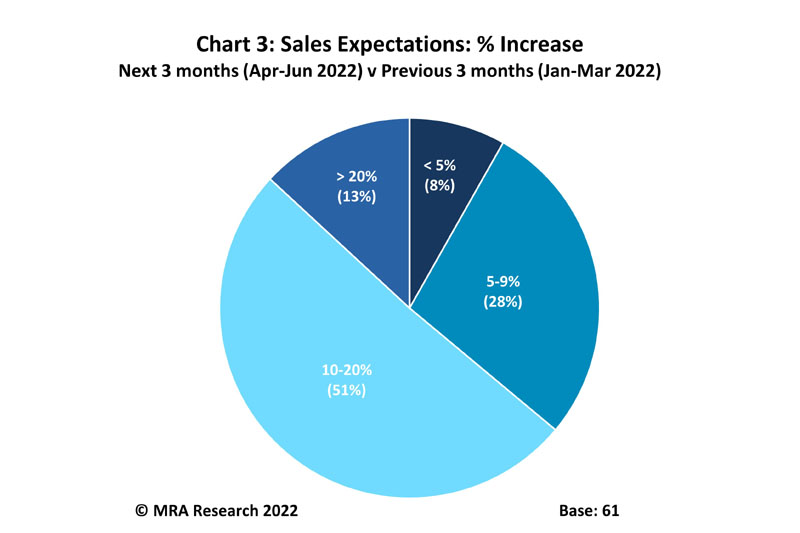 Looking ahead six months, a net +44% of merchants expect sales to grow in April-September compared to the previous six months (October 2021-March 2022) — Chart 4. Expectations are strong across the board, and particularly for merchants in the Midlands and Scotland (+50%) and Independent outlets (+53%). Month-on-month, market confidence dropped for a second consecutive month, with a net -9% of merchants less confident in April than in March. Large outlets (-39%) and merchants in the Midlands (-23%) were least confident.

While still at historically high levels, merchants’ month-on-month confidence in their own business dropped in April’s survey to net +31% from +46% in the previous month’s survey.  Small (+40%) and Large outlets (+39%) were more confident than Mid-sized branches (+19%). National (+49%) and Independent merchants (+32%) and were more confident in their own business than Regional outlets (+16%).

Year-on-Year, merchants’ confidence in their own business dropped for the second month in succession, with a net +24% of merchants more confident than the same month in 2021 — Chart 5. Small branches (+45%) and National outlets (+51%) were most confident. Independent merchants were least confident (-5%). 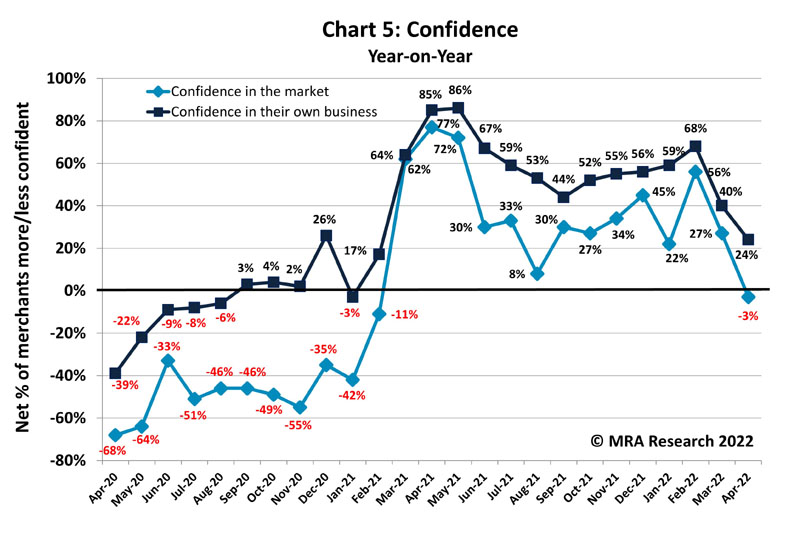 This report is the 36th in the series, with interviews conducted by MRA Research between 1st and 11th April 2022. Each month a representative sample of 100 merchants is interviewed. The sample is balanced by region, size and type of merchant, including nationals, regional multi-branch independents, and smaller independent merchants.