The latest installment of The Pulse – as first seen in PBM’s July/August edition – reveals that price rises and availability issues are again presenting a challenge to the sector, but merchants continue to feel optimistic about the prospects of their own businesses.

Just under 90% of builders’ merchants in May were hit by supplier price rises. Over 80% suffered some level of product availability problems too, as the UK deals with global and geopolitical problems. While consumer and business confidence plummets, merchants are more optimistic in their own businesses than in the prospects for the market.

The Pulse, by MRA Research, is a monthly tracking survey of merchants’ confidence and prospects. Telephone interviewing took place between 3rd and 11th May 2022.

Merchants were confronted by multiple challenges in a difficult period of supply uncertainty and inflation — Chart 1. Eighty nine percent said supplier price rises were a problem in the last month with almost half saying it was their single biggest problem (47%). Product availability (81%) was the second biggest challenge with one in three deeming it their single biggest challenge. 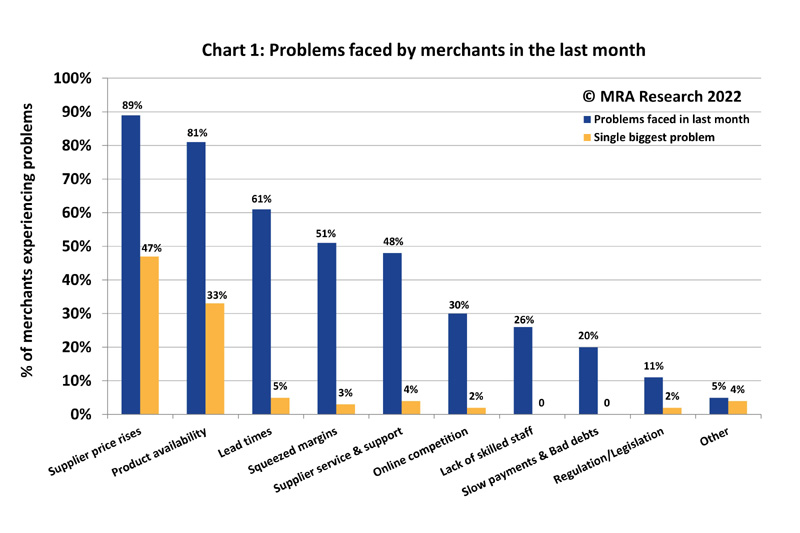 Year-on-year, sales expectations dropped to a net +21% — also Chart 2. Merchants in Scotland (+69%) and the Midlands (+52%) were the most bullish. Expectations were relatively weak in the North and South where a net balance of merchants expected sales to drop over the period (-5%). 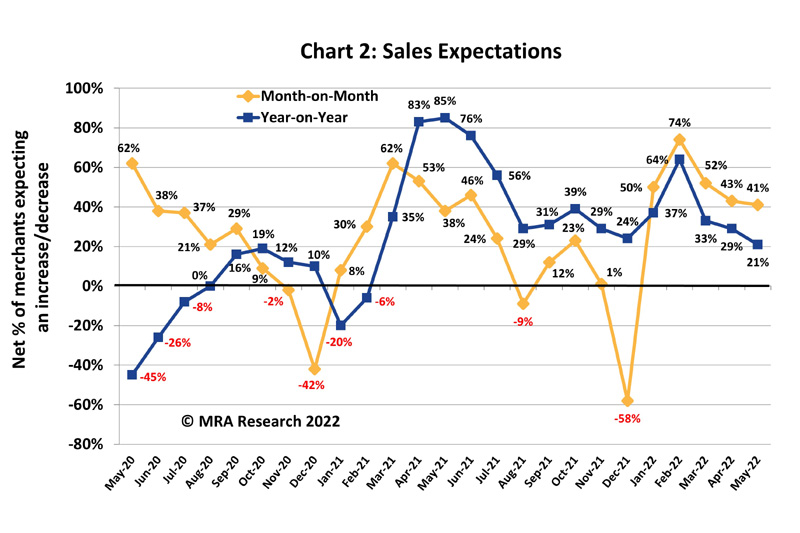 While quarter-on-quarter expectations weakened for the third month in a row, they were strong overall. A net +36% expected May to July sales to increase compared to the previous three months (February to April) — Chart 3. Expectations were particularly strong among National branches and Mid-sized outlets (+47%) and merchants in Scotland (+75%). 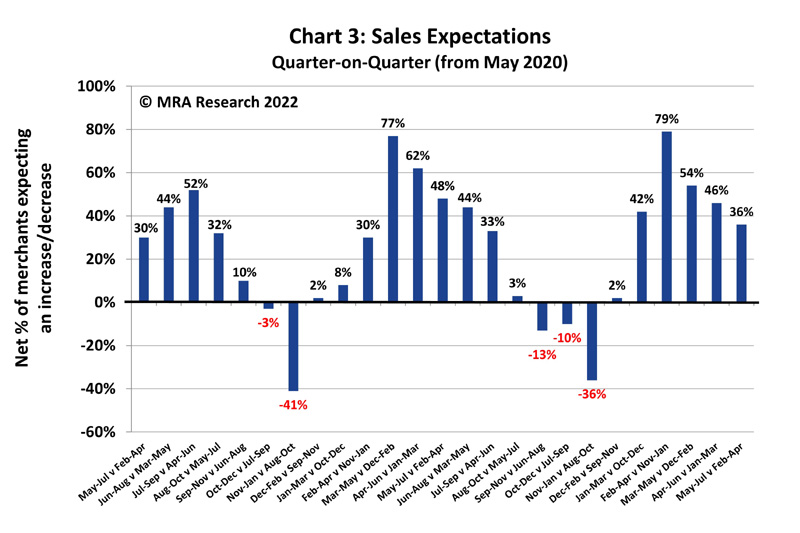 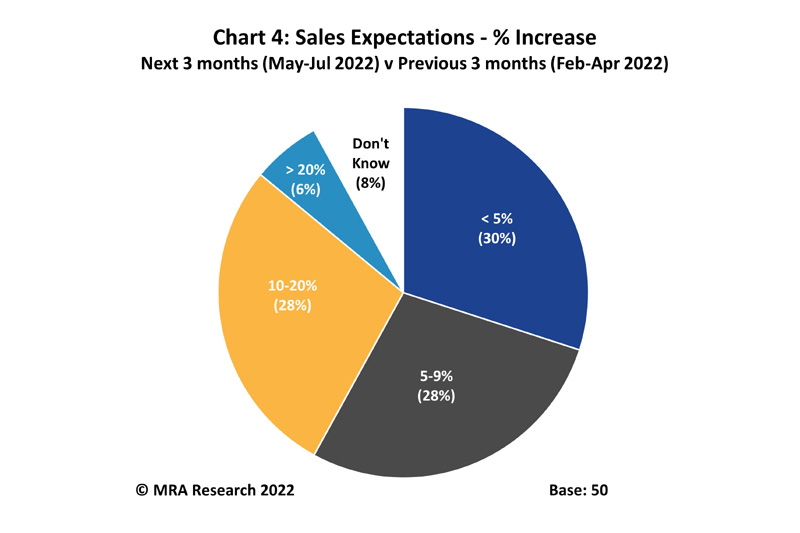 A net +26% of merchants expect sales to grow in the six months May-October 2022, compared to the previous six months (November 2021-April 2022). Expectations were particularly strong for merchants in Scotland (+75%) whilst expectations were weaker in the North (+5%) and South (+8%).

Month-on-month, merchants’ confidence in their own business strengthened in May compared with April to a net +41%. Confidence was strong across all size of branches, particularly Mid-sized branches (+49%). National (+53%) and Regional merchants (+42%) were more confident than Independents (+17%).

Year-on-Year, merchants’ confidence in their own business strengthened in May — Chart 5. A net +27% of merchants were more confident than the same month in 2021. Mid-sized outlets (+44%), and those in the Scotland (+56%) and Midlands (+40%) were most confident. 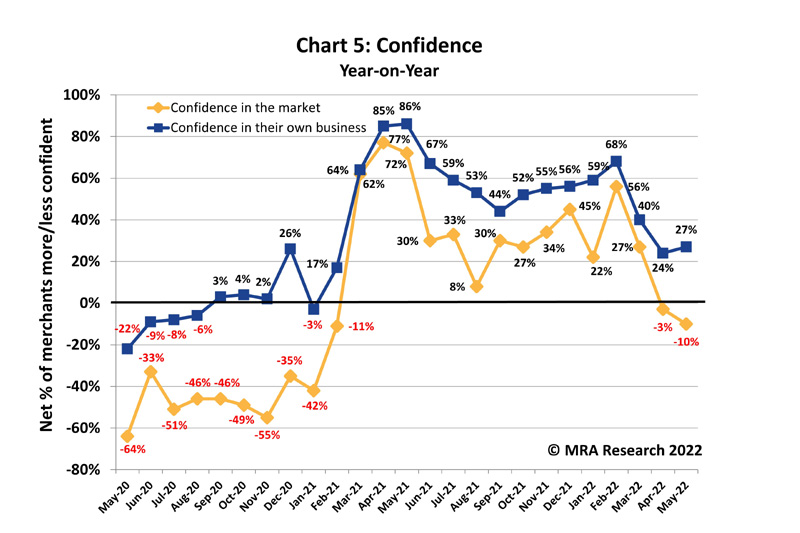 The full report can be downloaded for free from www.mra-research.co.uk/the-pulse or call Ralph Sutcli­ffe at MRA Research on 01453 521621.

This report is the 37th in the series, with interviews conducted by MRA Research between 3rd and 11th May 2022. Each month a representative sample of 100 merchants is interviewed. The sample is balanced by region, size and type of merchant, including nationals, regional multi-branch independents, and smaller independent merchants.