VIPSeal has confirmed a number of new additions to bolster its growing sales team.

John Atkinson has recently been joined by Lee Davies and Jon Hunt and with the new introductions, the supplier has taken a reinvigorated approach to considering the areas each of the team will manage. Essentially, this has meant splitting the areas into postcodes and allowing the team to “focus on spending more time developing meaningful and lasting relationships with current and new customers”.

Furthermore, the company says that “being able to work in smaller regions means we can get around to see more of you, more frequently so any stock requirements or issues can be dealt with quickly and efficiently”.

The changes mean that John Atkinson will now be looking after the AREA1 Region (Scotland, northern England and north Wales) whilst Lee Davies will take charge of AREA2 (most of Wales, SW England and the midlands) and Jon Hunt will manage AREA3, covering the South East and East Anglia. 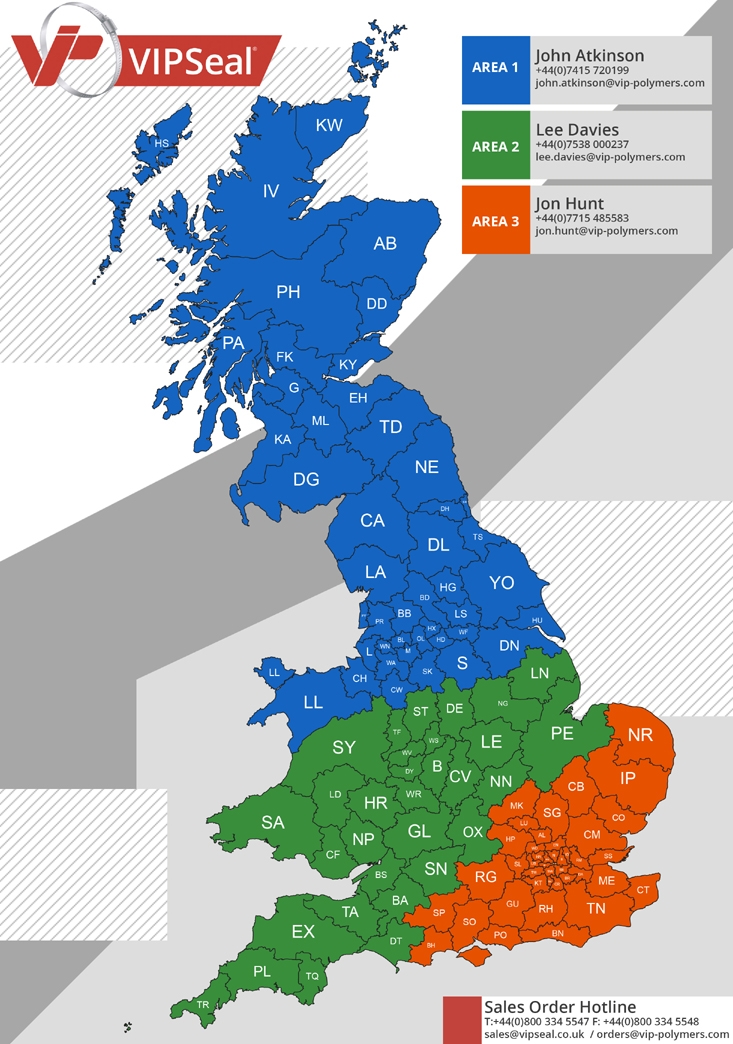