Whilst every manufacturer is putting its sustainability credentials front and centre, if your products are derived from one of the most environmentally-favourable construction materials available then you’re in a pretty good place to begin with. That’s certainly the case with the West Fraser, formerly known as Norbord, and its range of wood-based panels but the manufacturer is taking further steps to tread with an even lighter and more inconspicuous carbon footprint.

“Sustainability has been a focus of ours long before it was as high as it now is on the policy agenda,” explains West Fraser’s Steve Roebuck. “We have developed independently verified Environment Product Declarations EPDs for our entire European range, for example. These clearly demonstrate that our products are net carbon negative, with a net negative global warming potential.

“In practice this means that — from cradle to customer, or from the sustainable managed forest right to the joiner’s workshop or on-site carpenter — the products lock in more carbon than is emitted in their manufacture.”

West Fraser has equally concentrated its attention on fossil fuel consumption in its production processes. Up to 50% of timber is water and that requires heat to drive it out. As a result, the wood panel industry is classified as an energy intensive user but, in order to mitigate that demand, West Fraser derives the vast majority of the heat required in manufacture from renewable sources — with any leftover material from the making of the product also then used to generate heat. 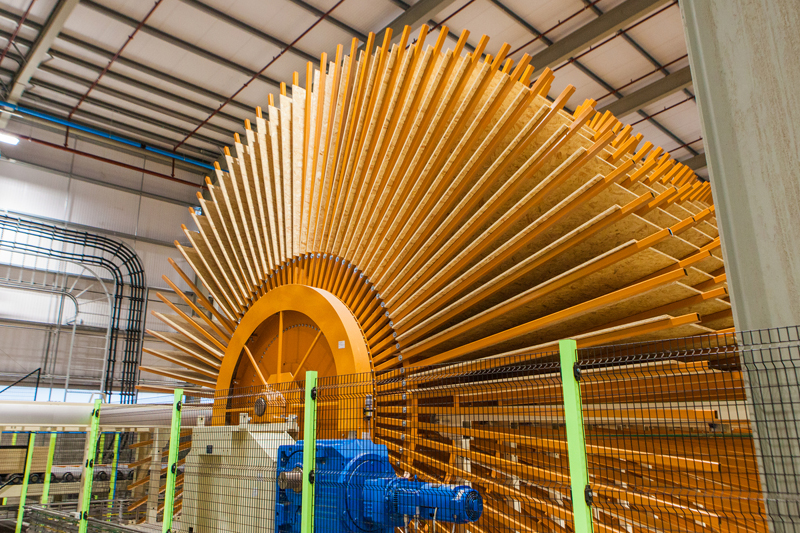 The company states it is recognised as one of the largest generators of renewable heat in the UK, with all three of its UK manufacturing sites — South Molton in Devon, Inverness, and Cowie — taking part in the government’s Renewable Heat Incentive initiative. In order to participate in the scheme the energy that’s used to generate heat must be from renewable sources.

Moreover, West Fraser has also entered into contracts with its energy suppliers that guarantee all of its electricity is sourced from renewables, a state of affairs that is again independently audited through the Renewable Energy Guarantees of Origin (REGO) scheme. “We recognise that most of the measures we’ve implemented to improve environmental performance have a financial cost for us,” admits Steve. “Essentially, it’s about trying to do more with less — less energy and less raw materials — but with the same outcomes. What’s more important is the principle behind what we’re doing.”

So, what then of the products themselves? How do the individual panel solutions qualify as green building materials? West Fraser’s particleboard is made from 80% post-consumer wood waste, and whilst MDF is virgin material, it is actually the residue of the sawmilling industry, all of which contributes to the circular economy.

In addition, all of West Fraser’s wood is FSC and/or PEFC certified. The MDF and OSB wood panel solutions supplied are manufactured on these shores, from UK-grown virgin material under the auspices of the UK Woodland Assurance Standard, an organisation which independently verifies sustainable woodland management.

The homegrown status of SterlingOSB Zero stacks up very favourably against its ply alternatives, all of which have to be imported — often from as far afield as South America or the Far East — with an obvious environmental impact in terms of energy miles. In fact, West Fraser’s OSB is a truly local product with all of the wood used for its manufacture in Inverness coming from approximately a 70mile radius of the plant.

Environmental considerations are not just about global emissions, of course, but are also concerned with local air quality and that’s why West Fraser’s SterlingOSB Zero is now the only OSB panel available to be free of added formaldehyde. Trials are also on-going with MDF and particleboard to reduce the use of formaldehyde in these panels as well.

“Using OSB on building projects as an alternative to brick and block is effectively locking in carbon that has been taken out of the atmosphere by growing trees,” continues Steve. “The only large-scale tool we have for taking carbon out of the atmosphere, and reversing the damage that has been done by emissions historically, is through planting trees — and the wood panel industry is at the vanguard of that initiative.”

With ready access to the raw material it’s not surprising that virtually all housing schemes in Scotland have been timber frame for some time, but the rest of the UK is waking up to its benefits in terms of sustainability and speed of build, and West Fraser says its SterlingOSB Zero OSB3 is the perfect solution in structural and loadbearing applications. 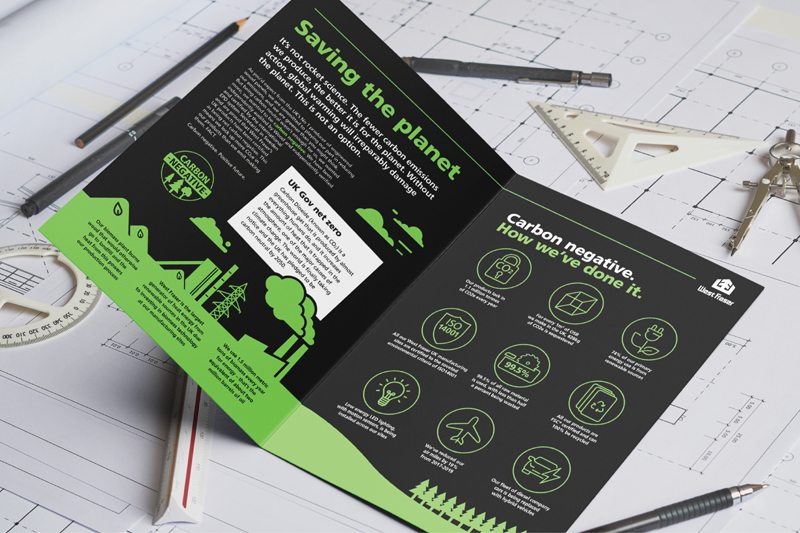 In addition, the company has made a global commitment in 2022 to sign up to a Science Based Targets Initiative (SBTi) to achieve near-term greenhouse gas reductions across all its operations. Furthermore, the world’s largest producer of lumber and oriented strand board has made a further pledge to be net carbon neutral by 2030, with a 45-50% reduction in greenhouse gas emissions by that time, thereby aligning its own ambitions with the maximum 1 ½°C temperature rise agreed by governments around the world. West Fraser has pledged an investment of $50 million each year to 2030 to achieve those aims.

If a brand becomes the generic term for a product, then it is as clear an indication as can be had that it’s an industry stalwart and that’s certainly the case for SterlingOSB Zero. For many years now builders have been asking for ‘Sterling Board’ at the merchant counter when they’re specifying OSB, so synonymous is the West Fraser product with Oriented Strand Board.

Now, the manufacturer is also committed to achieving that same association with sustainability. “It’s a journey, and there will always be more to do,” concludes Steve. “We’re publicly committed to reducing greenhouse gases, but when one ambition is achieved there will be another, because we only have one planet. A renewable raw material is the basis of a product that is manufactured using renewable energy, producing buildings which are less energy intensive, and which can then be recycled at the end of its life — it really is the essence of sustainability.”

See the link to view an informative video on the SterlingOSB manufacturing process via West Fraser’s You Tube channel: