The latest instalment of The Pulse reveals a growing number of concerns for the merchant sector however, despite all this, confidence remains positive regarding the performance of their own businesses.

However, the standout finding from the latest The Pulse research is the significant gap between builders’ merchants’ confidence in the prospects for the market (a new low of a net -35% month-on-month) and a net +30% who remain confident in the prospects for their own business. The big question is how long that gap can continue.

The Pulse, by MRA Research, is a monthly tracking survey of merchants’ confidence and prospects. Telephone interviewing took place between 1st and 9th June 2022.

Merchants continued to battle multiple problems in a challenging and uncertain environment — Chart 1. Nearly half (47%) of all merchants said supplier price rises were their single biggest problem in the last month. Lead times, product availability and squeezed margins were problems for over 7 in 10 merchants. 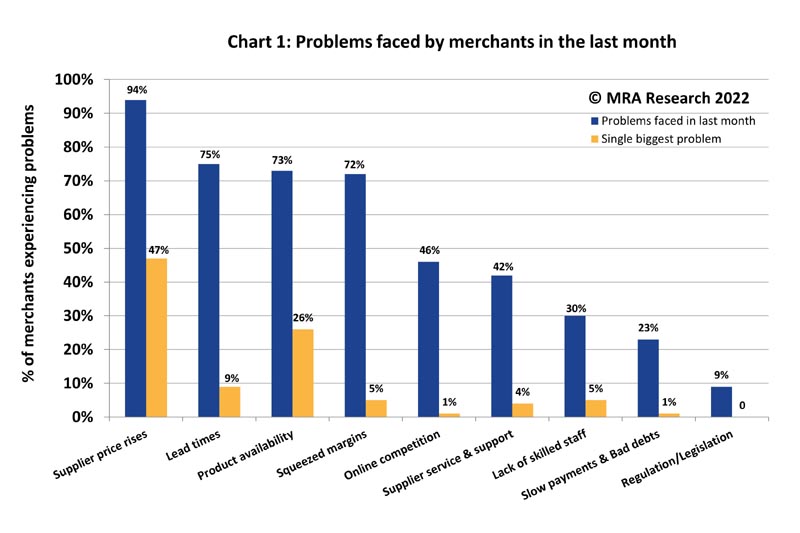 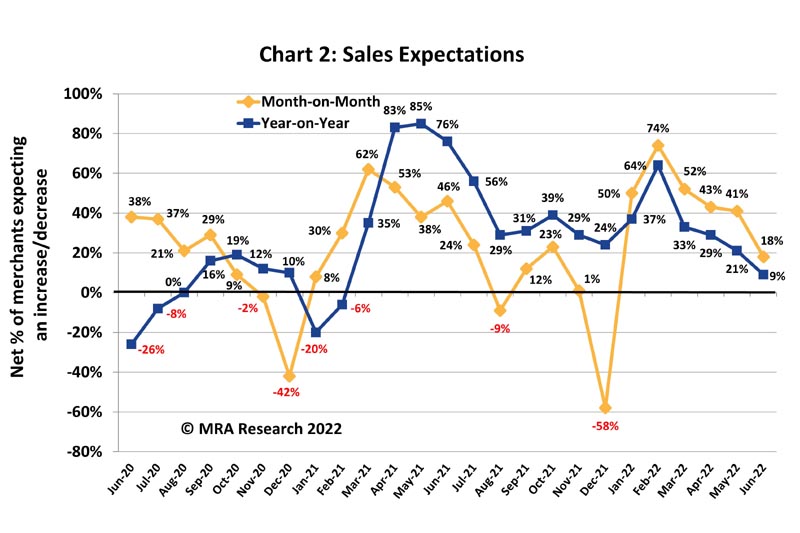 While quarter-on-quarter expectations weakened for the fourth month in a row, they remained strong overall. A net +23% expected June to August sales to increase compared to the previous three months (March to May) — Chart 3. Expectations were particularly strong in the Midlands (+61%) and among Regional and National merchants (+36% and +18% respectively). 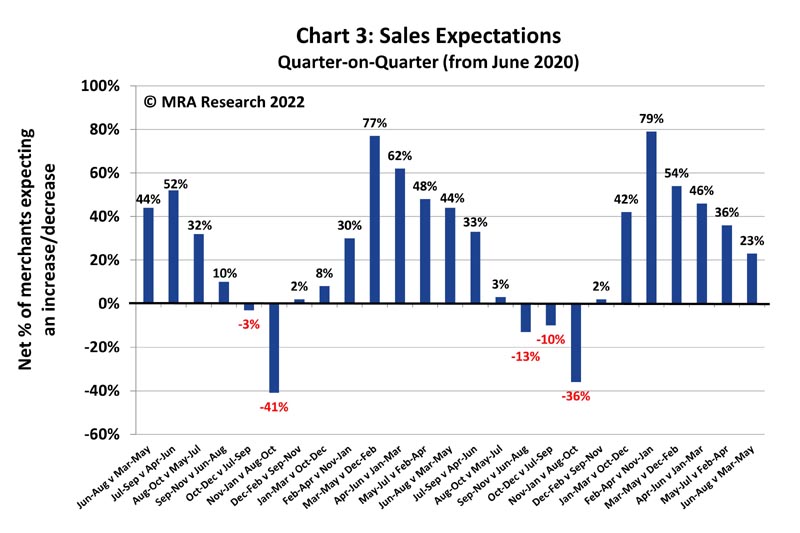 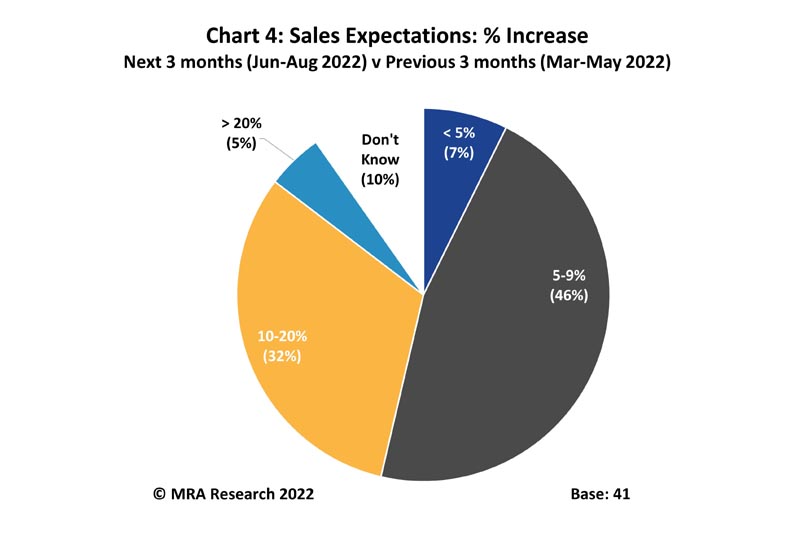 Month-on-month market confidence declined sharply in June. A net -35% of merchants were less confident in the market than in the previous month — Chart 5.

All sizes of outlet reported a drop in confidence, with Large (-50%) the least confident. Regionally, merchants in Scotland and the Midlands were least confident (-62% and -50% respectively).

Merchants’ confidence in their own business declined Year-on-Year but was still positive (net +15%). Mid-sized outlets (+32%) were more confident than Large outlets (-5%). Merchants in the Midlands (+48%) were most confident and least confident in Scotland (-12%). 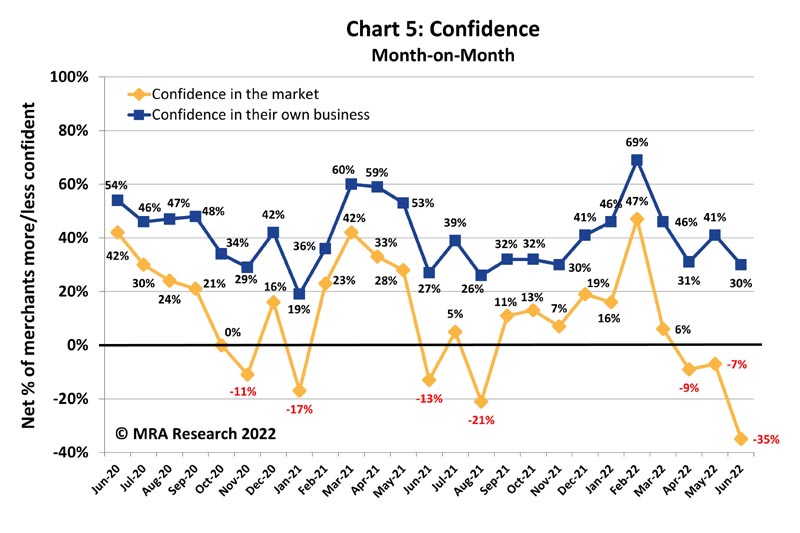 The full report can be downloaded for free from www.mra-research.co.uk/the-pulse or call Ralph Sutcli­ffe at MRA Research on 01453 521621.

This report is the 38th in the series, with interviews conducted by MRA Research between 1st and 9th June 2022 (5 working days). Each month a representative sample of 100 merchants is interviewed. The sample is balanced by region, size and type of merchant, including nationals, regional multi-branch independents, and smaller independent merchants.