PBM outlines the growing number of opportunities available to merchants with an increasing number of suppliers now offering a broader range of fenestration solutions — including a wider choice of colours plus high value bi-folds and roof lanterns — in addition to the support to help them secure sales.

Historically, external doors and windows represented something of a tricky proposition for the merchant sector, save for a handful of typically standard-sized timber casements and doors. With but a few exceptions, products in the category were seen as not worth the hassle — too cumbersome and prone to damage to hold in stock, and with too many variables, along with many potential complications which could undermine the practicalities of ordering in on behalf of customers.

In essence, it was accepted that a separate distribution channel existed in parallel which builders would turn to whenever they needed. Yet in recent years, time-pressed customers have demanded more of a one-stop-shop service, whilst merchants have become more tempted by the available margins on these high value items — now stretching beyond the ‘every day’ products to encompass aluminium bi-fold doors and elaborate roof lantern configurations. 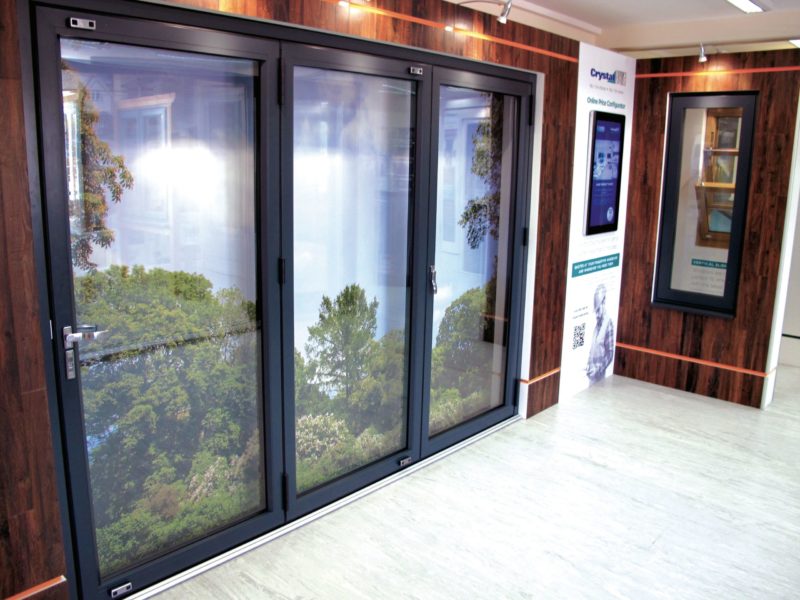 And for their part, savvy suppliers saw the potential of working through a hitherto untapped route to market to maximise their exposure.

A further tipping point has been improved ways of leveraging the advances in both technology and logistics, making the ordering of often complex and bespoke windows and doors a far more simple proposition. In many instances, builders could complete the order themselves at the point of sale in branch while merchants could also benefit from an array of technical and marketing support from proactive manufacturers.

As one of the expert panel contributing sector analysis to the Builders’ Merchants Building Index (BMBI) quarterly reports, it was interesting to see the comments of Kevin Morgan, Group Commercial Director at The Crystal Group, in the most recent Q3 publication. Citing ‘flat to falling trading’ across the construction and refurbishment sectors, Kevin noted that the window industry was having an especially tough time.

FENSA, the sector’s trade body, had presented 2019 first half figures that showed an 8.2% drop in volume, and in the BMBI report Kevin commented: “We’re seeing more companies heading towards administration or sale, reported jobs cuts and weaker profitability.”

Significantly however, he suggested a dramatically different picture of doors and windows sales via merchants. He said: “Sales of PVC-U windows and doors through Crystal’s network of independent merchants are 7% up year-on-year, demonstrating that merchants are in a good place to weather a weaker market and grow — if they do the right things. Some national merchants report performance up around 18% year to date. Looking ahead, the prospects for continuing strong growth in bespoke PVC-U windows and doors are undimmed.” 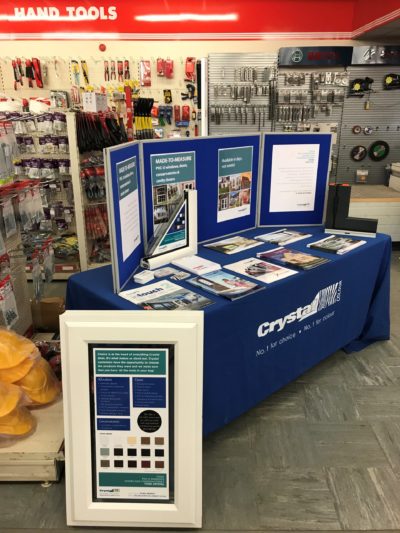 He also made the following fascinating point: “Merchants who invest in showrooms and marketing as they do for kitchens and bathrooms do extremely well: one south coast merchant saw a 43% year-on-year category growth.”

Summarising where the broader market is, Kevin commented: “Builders’ merchants initially missed out on this large market as builders had to buy elsewhere to get the choice, availability, display and service they needed. By providing merchants with the means to offer better choice, availability, display and service, Crystal has shown that merchants can boost sales easily by recapturing ‘lost’ sales by selling to existing customers” with the firm’s top performing customers doing well “due to a mix of product choice, showroom investment, the continuing trend to colour, and competition exiting the market.”

Another company to have acted on this market shift and seeking to work more proactively with the merchant sector is Euramax. Working with merchant businesses of all sizes, the firm — which celebrates its 70thanniversary in 2020 — has for example significantly expanded the range being carried through Travis Perkins. It had supplied the merchant since 2004, primarily delivering standard white PVC-U windows, however in April 2019 the range was extended to add coloured PVC-U windows, deluxe French doors, sliding patio doors and bi-fold doors.

Speaking at the time of the announcement, the supplier’s Commercial Director Richard Banks said: “Trends in the market are always changing and evolving, which means more choice is needed to meet customer demand. We understand that appearance is one of the primary reasons why homeowners upgrade their windows and doors, so we know that colour and style is important.

“Previously, Travis Perkins only supplied a selection of Euramax products in white, but as 40% of the market want coloured doors and windows, we have added Chartwell green and Golden Oak options, along with Anthracite grey as it is becoming increasingly popular.”

Roof windows from the likes of Velux, Fakro and Keylite continue to offer a strong proposition to merchants, whilst examples such as Made for Trade’s Korniche aluminium roof lanterns push the category envelope further still. From being an outlier just a few years ago, doors and windows now appears to be a crucial growth area for the merchant sector.

For more information on the suppliers featured in this article, visit http://crystal-direct.co.uk/showrooms/ (Crystal) https://www.euramaxuk.com/about-us/ (Euramax).

0 0 0 0
Previous : Coronavirus: Many merchants close as stricter measures come into effect
Next : ‘Caring for the Environment’ award winners