Whilst standard plywood is used for a variety of tasks, merchants and their customers will be well aware of its limitations. However, in a competitive market where the onus is on merchants to make the most from every sale, James Latham believes it can provide a crucial upselling opportunity through the advantages said to be offered by its Garnica range of plywood panel products. PBM reports.

As a timber products distributor with a heritage that stretches back more than 260 years, James Latham says that its ethos is to associate itself with some of the world’s most prestigious brands in panel products, and that’s just what it has achieved in forging a relationship with Spanish plywood specialist, Garnica.

Indeed, there is a certain synergy between the manufacturer and its exclusive UK distributor. Both are fully committed to demonstrating the sustainability of their products, for instance, and not just through PEFC or FSC certification but equally through more innovative ways of addressing environmental issues.

Moreover, both are family run firms, with the 9th generation of Lathams now working at a business which began importing timber into Liverpool from as far back as 1757. The Garnica history is rooted in the produce of its native soil where, established in 1941, it initially made fruit boxes in the Rioja area of Northern Spain. It is a landscape dominated by either grapevines or poplar, and it is from the latter that the company now sources its plywood.

The original Garnica vision was to produce a panel that matches the performance of material sourced from a tropical rainforest, but with considerably enhanced sustainability credentials, and the result is its range of modified plywoods — Duraply, Fireshield and Ultralite.

“Given that it’s imported from Europe rather than some Far Eastern territory, there is an inherent reduction in comparable carbon footprint, and it takes just 12 – 15 years to grow,” explains James Latham’s Miles Kember. “However, there is a whole range of additional benefits for builders’ merchants and their customers.”

Duraply, for example, is effectively a marine plywood alternative, with the reassurance of a 15 year warranty. In that time, Lathams assures its customers that it will not experience delamination, mould growth, or swelling. “We’ve actually tested those claims, with pieces laying in boiling hot water day after day,” adds the Garnica product champion, “and, provided it is sealed on the edges and faces — in accordance with the manufacturer’s instructions — it really does offer that level of robustness.”

There are also said to be inherent benefits in the species of wood itself, as well as in the manufacturing process. Polar is a hardwood yet it is very low density, which makes it at least 25% lighter in weight compared to a tropical variety.

In essence, plywood manufacture essentially involves slicing trees into veneers of around 3mm thickness, which are then glued together. For treated panels, the process has traditionally consisted of dipping them into a tank which has the effect of treating the surface but without permeating deep into the timber.

By contrast, what Garnica supplies is a fully modified plywood where each individual veneer is fully treated prior to lamination. As a result, cut the board in half, or drill holes in it, and the same level of durability is evident throughout the panel — and that’s the secret to that 15 year guarantee.

Continues Miles: “Duraply essentially gives the end user the confidence to use plywood in applications where they might previously have been reluctant to do so, and that can include anything from soffits and fascias, to site hoarding, roofing, or outdoor garden products. As builders begin to understand the product, and its potential, we’re seeing more and more uses emerge, such as exterior signage or shop fronts.”

The Fireshield product is subject to that same comprehensive level of treatment but with a solution which, as the name suggests, offers an enhanced level of fire retardance — a particular focus in our post-Grenfell age of increased scrutiny on building standards. Crucially, where the treatment of conventional FR plywood might have an impact on the aesthetics of the panels, Garnica’s Fireshield remains a ‘joinery quality’ product.

The beauty of the production process for a distributor like James Latham is the enhanced level of certification and performance declaration it affords. If a product is treated by a third party after it leaves the factory, for example, then it will require additional testing to ensure it meets a certain level of fire resistance but with Fireshield, this is eliminated entirely.

The third product in the family, Ultralite, takes the low density properties of poplar a stage further. It consists of two sheets of plywood on the outside with a layer of XPS insulation in the middle. The result is a panel which is just 250kg per cubic metre — where MDF might be more than 600kg — whilst maintaining the strength and durability of Fireshield and Duraply. 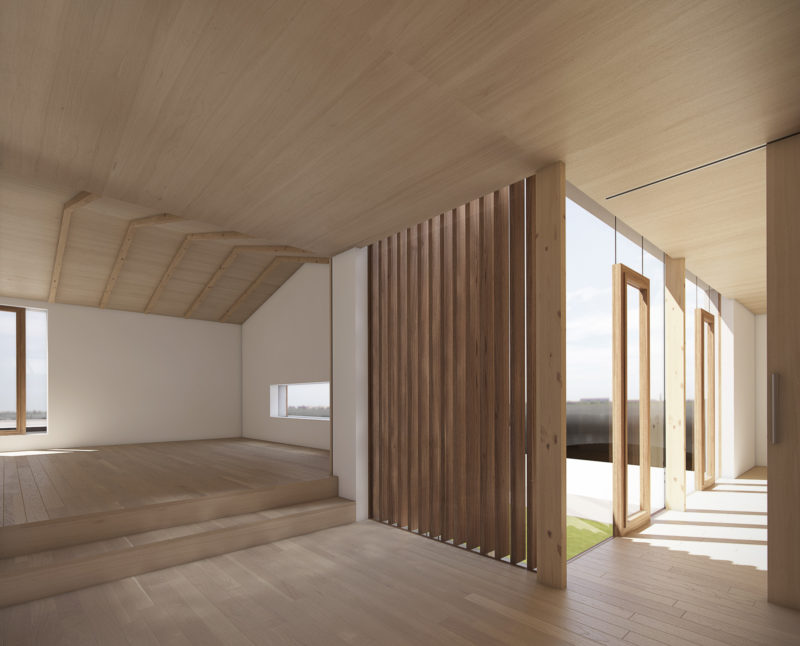 Miles says: “This is a relatively new addition to the range and we’re expecting real interest across partitioning, door manufacture, and shop fitting. Because it is so light and easy to carry, timber merchants with loft conversion customers are enthusiastic about its potential.”

The story of Garnica’s plywood is even more exceptional in that every individual tree in what are now considerable plantations can be traced back to six original clones, and it is that theme of traceability which reverberates through its supply chain.

“As a company we pride ourselves on an ethical approach,” concludes Miles, “and there are certain plywood sources we are wary of, and will not import from — hence how highly we regard our relationship with a supplier we can trust like Garnica, which guarantees its product as fit for purpose.”

‘You think you know James Latham?’ is the theme of the timber distributor’s latest campaign, and the company will be highlighting its track record over more than 260 years to tackle perceptions and address the findings of recent research which has shown that many customers don’t fully understand the broad range of products and services the business offers.

First importing timber into Liverpool in 1757, the firm is believed to be the first UK importer to set up a panels business in the early 1900s. Now, its 11 branches throughout the UK & Ireland provide national deliveries of one of the broadest and most diverse product portfolios in the country, encompassing hardwoods, softwoods, modified woods with external warranties of up to 50 years, specialist sheets and boards. It also offers MDF in 13 different colours and even supplies laminates, veneers and door blanks with fire ratings of up to 90 minutes.

With agreements with numerous buying groups, other independents and national groups alike, for merchants looking to supply the lines their customers want, there is no requirement to buy full lorry loads but to “just let your local depot know what you need.” 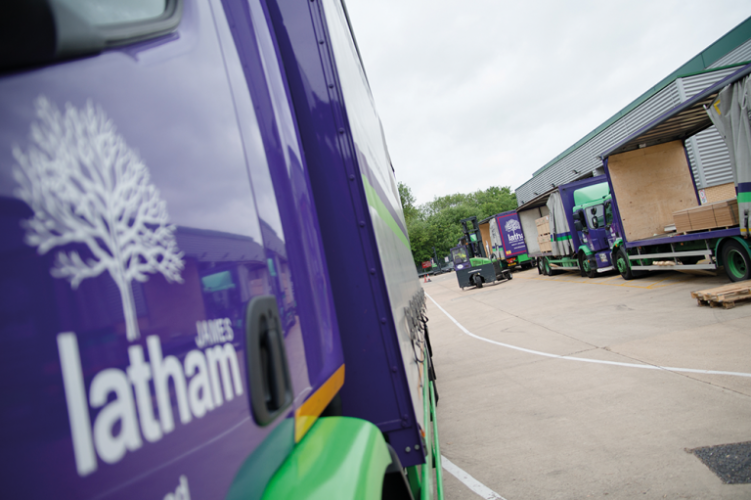 For further information on the Garnica range of plywoods from James Latham, visit https://www.youtube.com/watch?v=QfkovVcd5nM

0 0 0 0
Previous : Band of Builders is supported by Dickies
Next : The IPG supporting Missing Peoples ‘Home for Christmas’ appeal