NMBS has announced the full programme and speaker details for its first ever Women in Industry Conference.

Delegates at the invitation-only Conference will be able to hear from professional footballer Jill Scott and NMBS’ own finance director Julie Langford. They will be speaking alongside previously announced keynote speaker Mandy Hickson, and Sally Beavan, a Managing Director within the Corporate and Commercial Business of Santander UK. 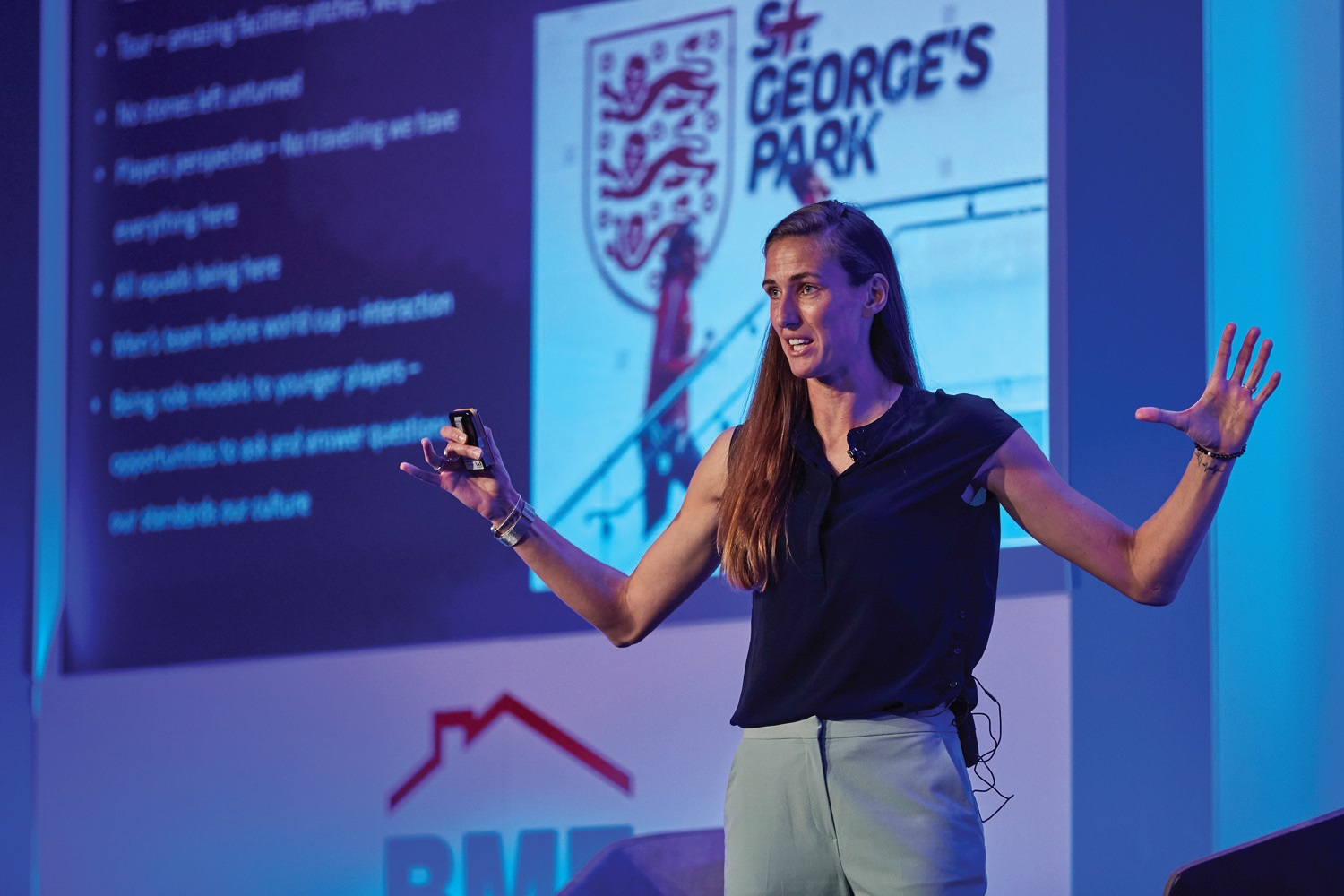 Jill Scott has scored more than 20 goals playing for England over the past 10 years, and has competed in the Champions League for Manchester City and Everton. She has played in three European Championships and four World Cups, and is soon to become the second highest capped lioness in history.

Julie Langford joined NMBS in April 2008 and has been part of the executive team that has implemented a hugely successful change management programme that has seen the buying society go from strength to strength.

Sally Beavan, alongside her Managing Director role at Santander UK plc, is also Head of the Birmingham team and National MD of the Communities business, encapsulating social housing, education, healthcare and local government. She is also a Board Governor and Chair of Audit of Birmingham City University and Trustee of local charity Steps to Work.

Mandy Hickson is an RAF fighter pilot who was the only female pilot on her front line Tornado Squadron, leading an entirely male-dominated squadron on active operations. She completed three tours of duty and 45 missions over Iraq, becoming only the second woman to fly a Tornado GR4 on the front line.

All four speakers will talk about the role women have to play in their respective industries, as well as encouraging discussions on how women can challenge themselves and their colleagues to promote diversity in the workplace.

Julie says: “Construction is a male-dominated environment. There are numerous events run up and down the country already where women in construction come together and tell their individual stories. NMBS wanted to do much more than that – to create an event where women can share experiences, yes, but also to provoke a discussion, to challenge thinking, and to encourage attendees to challenge themselves and share with their colleagues.”

Taking place at the London Stock Exchange on Friday 13 September, the event was created by NMBS to bring women together from across the industry to share experiences, inspire ideas, and learn from each other.

The day will be hosted by TV presenter Georgie Barratt (main picture, speaking at the 2018 NMBS Conference in Lake Maggiore).