As featured in the September edition of PBM, the results of the latest survey suggest supply shortages are easing to an extent, but are still contributing to restricted sales for merchants.

Merchants’ confidence in the market and in their business is very strong and sales expectations are high. Material supply problems are easing slightly, however concerns over shortages of drivers and rising prices continue.

The Pulse, by MRA Research, is a monthly tracking survey of merchants’ confidence and prospects. Telephone interviewing took place between 1st and 5th July 2021.

Almost nine out of 10 merchants say ‘All’ or ‘Most’ of their suppliers are currently able to supply them. The proportion of merchants saying ‘All’ improved significantly in July (44%) compared to June (18%). Regional merchants and branches in the North and Scotland are most affected.

Merchants were asked the extent to which their business and customers have been affected by supply problems on a scale of 1 (not at all) to 7 (very badly). The average score of 4.18 is marginally higher than June’s average (4.16), suggesting little change in supply concerns month-on-month.

However, the average score has increased more notably since March (3.89), with 21% of merchants reporting in July that they have been badly affected compared to 13% in March. Chart 1. 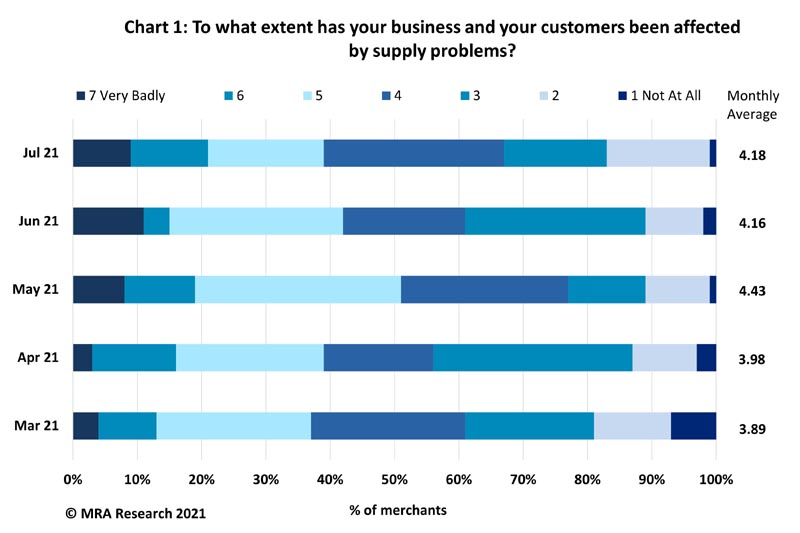 July’s sales expectations eased compared to June but stayed positive with a net +24% of merchants forecasting improved sales — Chart 2. Expectations were strongest among National branches (net +43%). Of the merchants anticipating sales growth month-on-month, 30% expected sales to grow over 10% in July compared to June.

Year on year, merchants’ high expectations have eased but remain strong (net +56%) — also Chart 2. Merchants in the North (+91%) and Scotland (+88%) were most positive. More National and Regional merchants (+68% and +58% respectively) expected higher sales than Independent outlets (+35%). 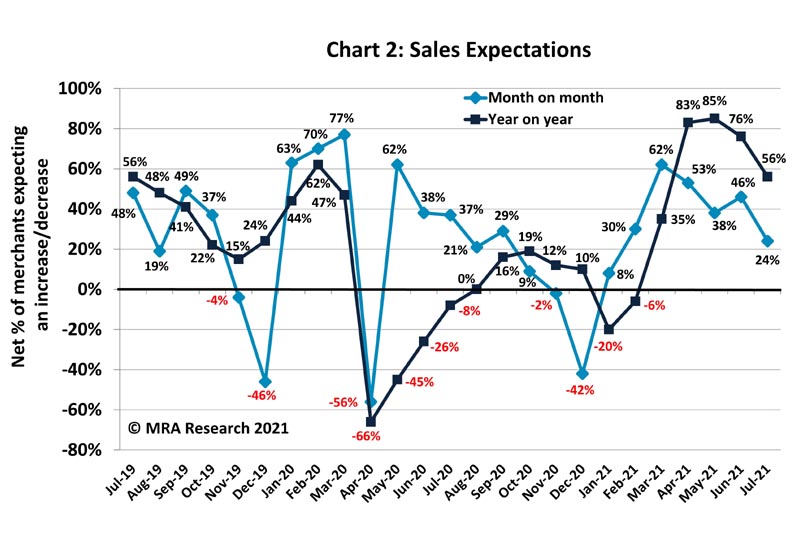 All those who expected an increase anticipated sales growth of 5% or more. Over half forecasted year-on-year sales growth of 10-20%, with a further 1 in 4 predicting growth of over 20% — Chart 3. 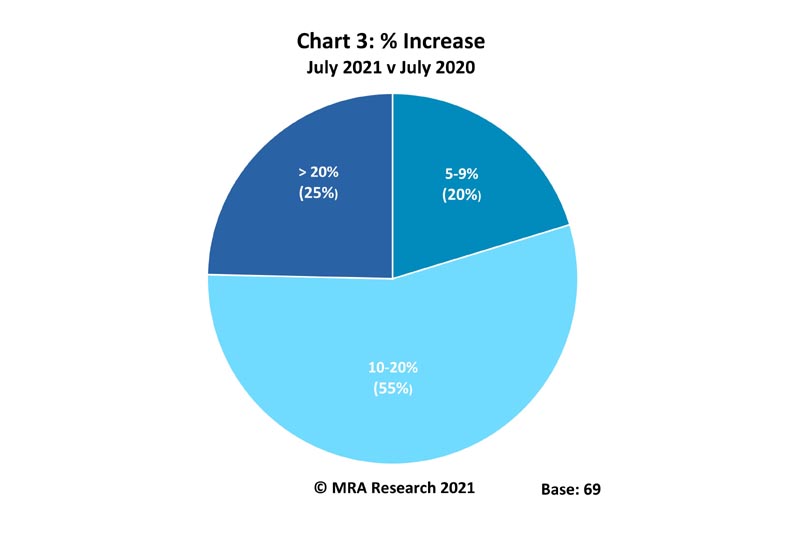 Whilst merchants’ sales expectations for the next six months have been easing since March, they remain strong (net +35%) — Chart 4. Those in the North are most positive (+91%). 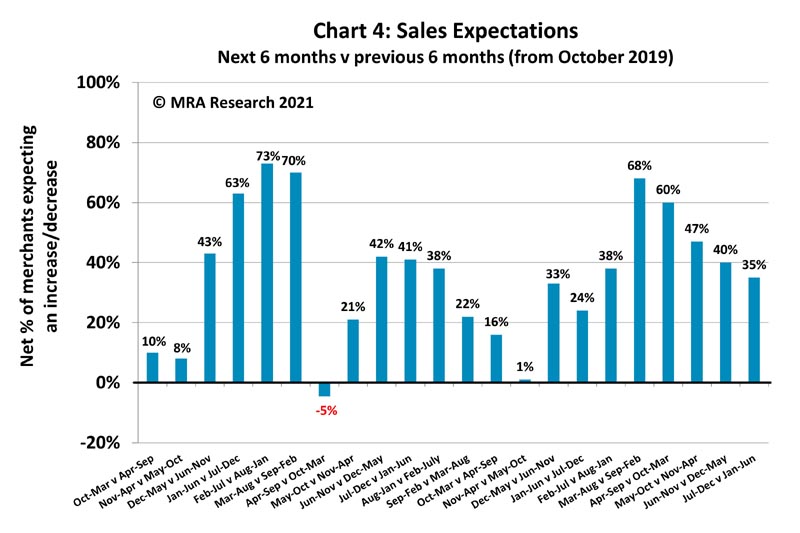 Of those forecasting improved sales in the next six months, almost 9 in 10 merchants expect to grow by more than 5%. Forty four percent predict growth of 10% or more.

Merchants’ confidence in the prospects for their own business increased in July compared to June (net +39%). Merchants in the Midlands (+58%) and South (+45%) were most confident regionally.

Merchants’ year-on-year confidence in their own business eased slightly compared to the higher level in the previous month’s survey but was still strong at a net +59% — also Chart 5. Merchants in the Midlands (+67%) and Nationals (+68%) were most confident. 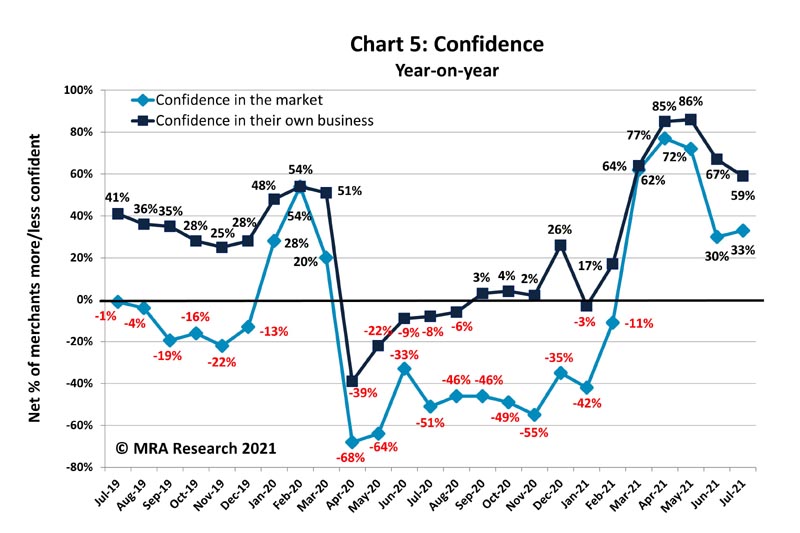 This report is the 27th in the series, with interviews conducted by MRA Research between 1st and 5th July 2021. Each month, a representative sample of 100 merchants is interviewed. The sample is balanced by region, size and type of merchant, including nationals, regional multi-branch independents, and smaller independent merchants.