Just as the sector thought it could look forward with certainty, it must now contend with the implications of the Coronavirus. As featured in PBM’s April 2020 edition, the latest survey paints a confident underlying picture.

Having achieved parliamentary clarity with the election of a majority government, merchants got back to business in January with the hope that Brexit will get sorted and business can return to normality. A month later we have the Coronavirus challenge.

Undoubtedly this will cause disruption for many businesses as China halts production, causing delays across the supply chain. In early February this was barely a threat. At the time of writing (end of February), world stock markets are reeling as the potential implications strike home.

A net +70% of merchants expected improved sales in February compared to January, continuing the widespread positivity in the previous month’s survey — see Chart 1. Expectations were strongest among mid-sized branches (+83%), merchants in the South (+81%) and regional merchant outlets (+76%). 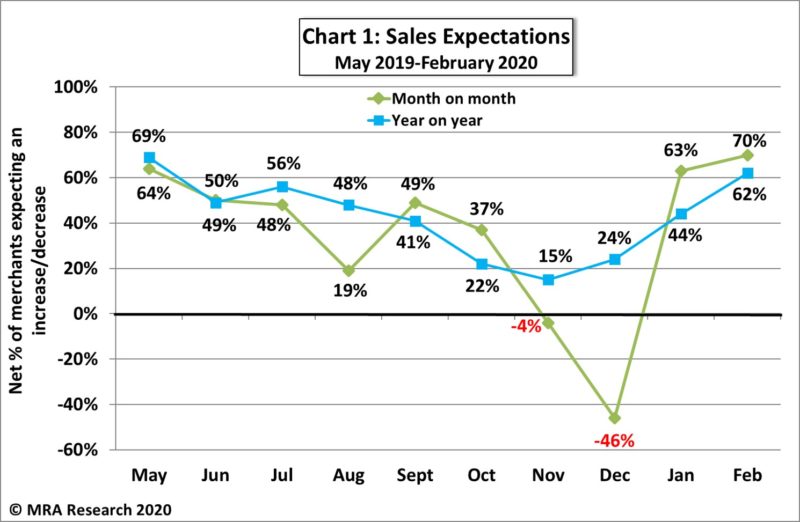 Looking to the next three months (February to April 2020), a net +75% of merchants forecast better sales compared with the previous three months (November 2019 to January 2020). This is a significant jump from 54% in the last survey — see Chart 2. 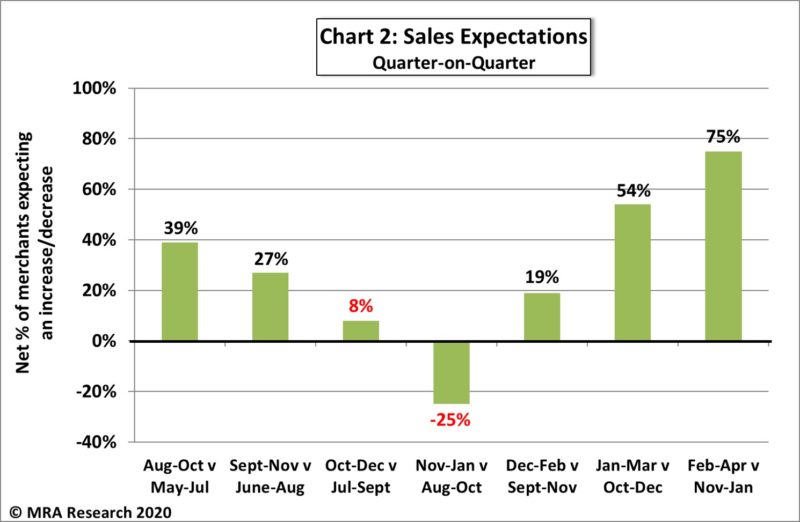 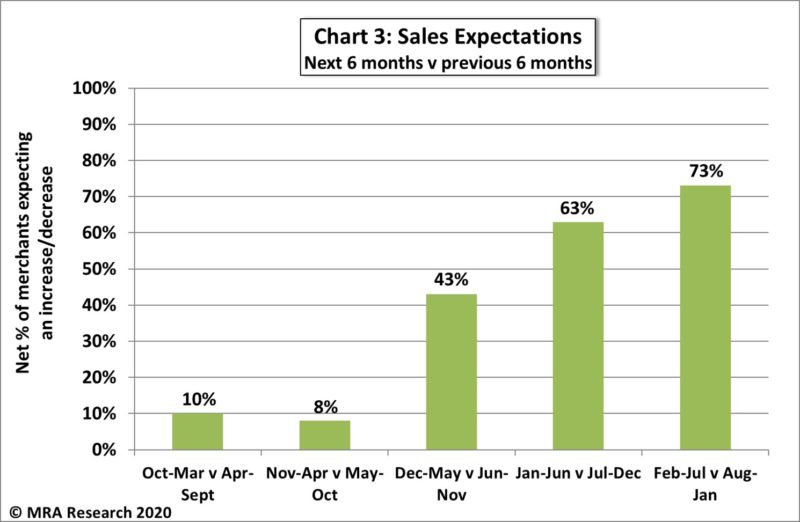 A net +47% of merchants were more confident about the market in February compared to January. Confidence was particularly strong in mid-sized outlets (+58%), merchants in Scotland (+57%) and the nationals (61%).

Year-on-year, a net 54% of merchants were more confident about the market in February compared to the same period last year — see Chart 4. Merchants in the South (+73%) were the most confident.

Taking Brexit and parliament off the front pages has translated into improved customer confidence as main reasons for merchants’ confidence.

Merchants’ confidence in their own business was strong too with a net +54% more confident in February than in January, and the same compared to the same period last year (+54%). See Chart 4. 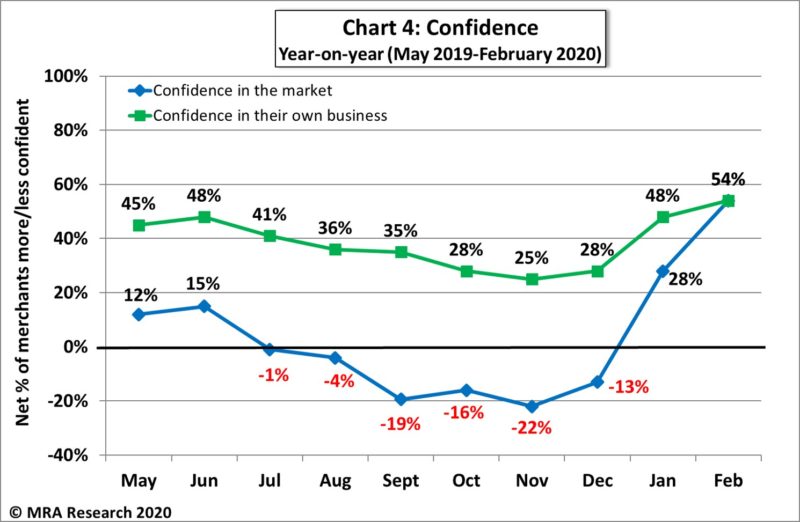 Every quarter, merchants report on the main problems affecting their business in the last month. The top three problems in February were squeezed margins (75%), online competition (66%) and supplier price rises (64%). Price cutting in the market closely followed with 59% of mentions, down from 71% in the last quarter’s survey (November).

Just over a fifth of merchants mentioned squeezed margins as their single biggest problem (22%).

In a separate question, on the three most important challenges the construction industry faces today, it was refreshing to see that Brexit was not top of the list! Merchants listed increased competition (31%), availability of supply (29%) and product price increases (26%). There were new mentions for economic stability and the coronavirus. We may see more of these in the next few surveys! 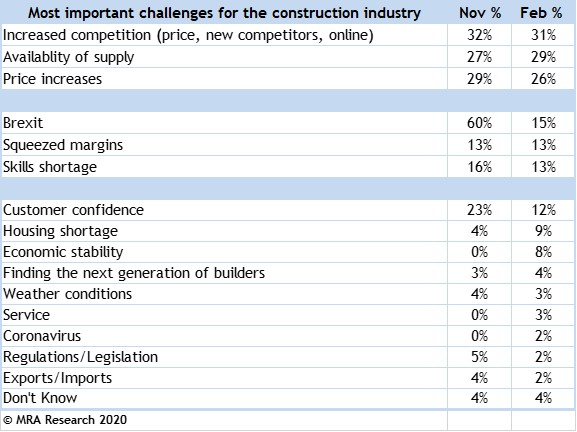 This report is based on the 10th survey in the series, with interviews conducted by MRA Research between 3rd and 5th February 2020. Each month a representative sample of 100 merchants is interviewed, balanced by region, size and type of merchant, including nationals, regional multi-branch independents, and smaller independent merchants.

The full report can be downloaded free from www.mra-research.co.uk/the-pulse or call Lucia Di Stazio at MRA Research on 01453 521621.