I’ve been looking forward to testing this Bosch X-Lock Angle Grinder for quite a while. It is, in fact, replacing my old Bosch grinder which has lasted about eight years (possibly more) so I had high hopes from the start.

Once I got my hands on it, my first thoughts were that it’s a little weighty in comparison to my old grinder, but I put this down to the build quality. The power cable and plug, which can often be easily damaged, are particularly robust and I get the impression these will last well.

Being a new product with the unique quick-change chuck, this was a new experience for me. Fortunately, the X-Lock feature is brilliant! It didn’t feel at all fragile and was so easy to use, and made changing between disks a doddle — there’s no silly spanner to lose!

All you need to do to remove a disc is flick a lever on the grinder, which is easy even when wearing gloves, and the tool does the rest. Putting one on was just as easy — you just have to press the accessory down until you hear a click.

Because it’s such a new system, I was a little limited to where I could purchase the disks, as I needed a diamond cutting disk for tiles, but I was able to get hold of them in the end. I’m sure they’ll be easier to find in the merchants once the tool has been out a little longer, though (I was testing it in July, and it only was only released in May).

With the quick-change X-Lock chuck being so quick and easy, I did wonder if the quality of the cutting disks would live up to previous standards. Having used them on three different jobs, I’m pleased to say I wasn’t disappointed: 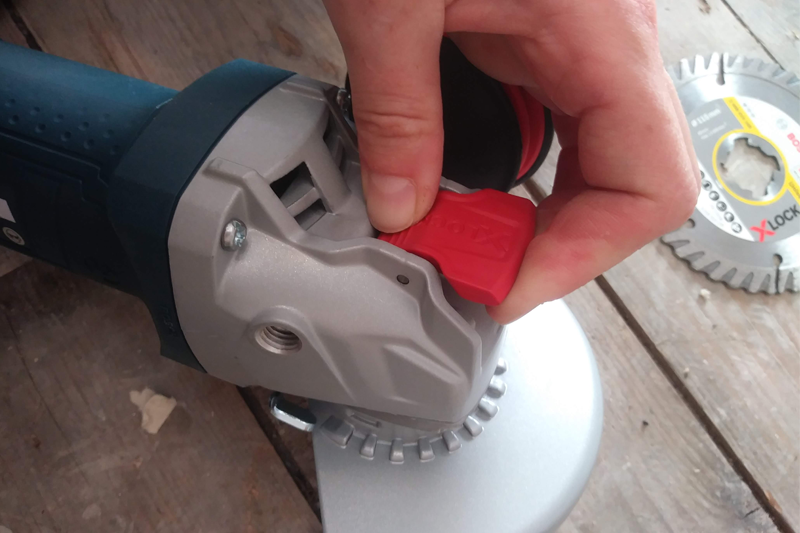 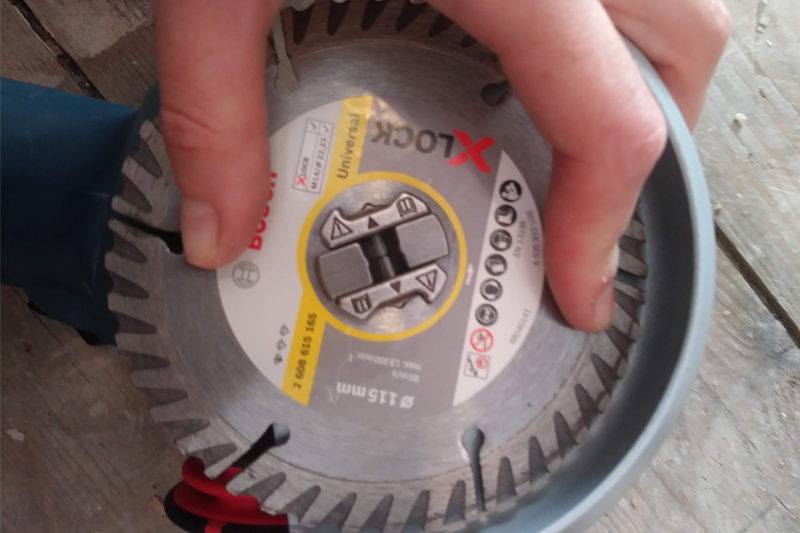 I’m told you can also purchase carbide multi-wheels for cutting wood, plastics and other drywall materials.

The other great feature is the quick and easy way to rotate the guard. It has a quick release lever which enables you to rotate the guard in seconds to whatever position you need, which saves having to have a separate tool to undo the lock nut.

Where I created a lot of dust, the button did stiffen up after a while. The guard also got a little hard to rotate after a while, but a little clean and it was right as rain!

Another solid bit of kit from Bosch and I would highly recommend this product.

To view the full range, go to https://www.bosch-professional.com/gb/en/x-lock/